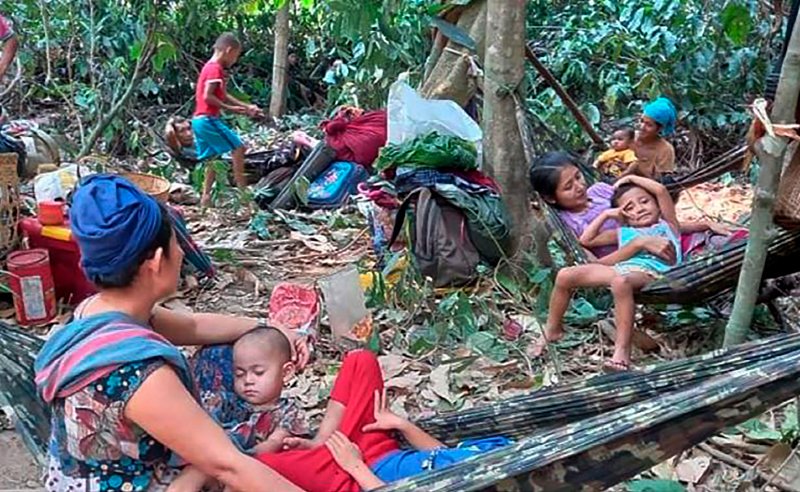 Since the 1 February military coup and the declaration of the long state of emergency in Myanmar, over 600 people including Indigenous Peoples have been killed by the Myanmar Military in violent and systematic crackdowns on peaceful pro-democracy protests. The UN Special Rapporteur on the situation of human rights in Myanmar has said the military junta’s violence against peaceful protestors could amount to crimes against humanity.[1] A number of countries including the US, UK and European Union have condemned and accused the military as the ‘reign of terror’[2].

Further, the recent intensification of armed conflict because of offensive military campaigns by the Myanmar military against the Karen National Union (KNU) and Kachin Independence Army (KIA) has led to drastic increase in loss of lives and displacement of civilians. Following the indiscriminate aerial bombing mainly in areas inhabited by the Karens, reportedly, thousands of civilians including women, children, youths and Indigenous Peoples are fleeing their homes to the border areas of Thailand to escape the onslaught of the Myanmar army.

With nowhere to run, many have crossed, and several others are still attempting to flee by crossing the Salween River along the Thai – Myanmar border. On the 3rd of April 2021, the Native Tribal Sector for Justice and Peace, Chiang Mai, Thailand along with 9 (nine) civil society organisations issued a statement[3] calling on Thai authorities to extend support to the helpless victims of Myanmar who are seeking refuge in Thailand on humanitarian grounds and to allow civil society organisations to deliver aid.

Over the past week, many villagers, including, women, pregnant women, children, and elderly people have been hiding in the forests and seeking rescue. We appreciate that Prime Minister Prayut Chan-o-cha has announced that the Thai government will extend support to those seeking refuge in Thailand and stating that the problem must be solved systematically[4].

In this context, we appeal to the Government of Thailand that it approaches the issue in accordance with the international human rights standards, in particular the 1951 Refugee Convention. We further appeal that humanitarian assistance and temporary shelter to the victims be scaled-up and made fully operational with the support of international community, including governments, humanitarian organizations and UN agencies, and civil society organizations in a transparent and an inclusive manner.

In this regard, we appeal to the Government of Thailand to: