Session I (Opening Plenary): Many Peoples, One Struggle

Join Us: Session I

Voices from the ground

Scan QR to register for Session I 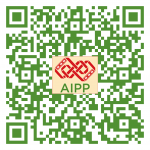 Session II: Towards self-determination and self-government

Self-determination is a social necessity for the continuity of IPs way of life and as peoples in the 21st Century. It is at the heart of IPs struggle because it underpins IPs capacity to develop as individuals and as communities based on a social order that is determined by themselves. However, the retreat of Asian leaders from their commitment to democracy and human rights have magnified and compounded the obstacles for IPs to realize their right to self-determination.

There is little empirical evidence on the effect of the rule of law on State practice in Asia. The contradiction over principles and practice among states in Asia is becoming a predominant feature. The region’s social conflicts have been severe, and the ability of social groups or civil society to use formal political institutions to resolve, mediate, or mitigate them has been much less effective. In the process, IPs are facing intensified suppression, experiencing rolling back of rights and commitment, and peace talks and political negotiations are reaching dead-ends across the region.

The main aim of this session is to understand why democratic institutions in Asia are not resilient and easily become susceptible to authoritarianism or populism? What are the institutional design defects and its weaknesses, and suggest possible ways of strengthening the political and institutional capacity of states in responding to problems and issues raised above? Does COVID-19 only deepen the problem of human rights and democracy, or does it also offer an opportunity to address these issues? Furthermore, it will also examine how the worldviews, values and principles of democracy found in the community living among Indigenous Peoples in Asia can be elaborated and used in strengthening the foundation of democracy in Asia among states. 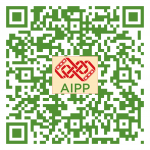 Indigenous Peoples are increasingly facing dispossession of land and denial in enjoying the rights enshrined in UDHR and UNDRIP on access to land, territory, and resources and local rights within the nation-states. There are some existing laws and policies recognizing the customary land rights in some of the countries in Asia, but oftentimes, Indigenous Peoples are denied those rights and land are appropriated for development initiatives focusing on merely on economic growth with lack of balance and consideration of social and environmental sustainability aspects. The large-scale acquisition of land concession for commercial food and agriculture production have impacted Indigenous women also disproportionately. As such, they are not only losing ancestral and traditional land but also threatening their food sovereignty and security along with traditional knowledge on natural resource management especially if they cannot continue to practice their knowledge.

The lessons we are learning in the pandemic times is that, the success of pandemic-fighting initiatives can be directly linked to secured rights over lands. In India, there are several examples where Gram Sabhas, with secured community forest resource (CFR) rights under the Forest Rights Act (FRA), have used revenues generated from collecting Non-Timber Forest Products (NTFPs) to invest in distributing essential food supplies to all village households. In Malaysia, forest-fringe communities and semi-nomadic communities, such as the Jahai and Bateq, have been able to meet their subsistence needs better than settled communities who depend on incomes generated through cash crops. In Indonesia, Perempuan AMAN, has reported how the varying degrees of land rights recognition over customary territories – secured tenure, granted concession and no rights – has influenced communities’ ability to respond to the risks associated with COVID-19. As demonstrated in the cases of Malaysia, Indonesia and Thailand, community initiatives are undermined when the rights to their traditional lands are either poorly enforced or not recognised.

However, instead of recognising this crucial aspect, what we are now witnessing is that the lockdowns to contain the novel corona virus have made Indigenous Peoples more vulnerable to losing their land. This has opened an opportunity for activities such as illegal logging and land grabs across Asia. Indigenous Peoples Land rights defenders are at constant risks with limited or no access justice during the lockdown. These incidents are not isolated, governments across Asia have used COVID-19 as a cover to pass regressive legislations with potentially devastating impacts on IPs. 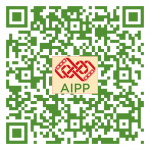 In Asia, Indigenous Peoples’ traditional livelihoods primarily involve small scale agriculture, fishing, hunting, gathering from nearby forests and shifting cultivation[1]. In Southeast Asia, it is estimated that at least 14 to 34 million people practice shifting cultivation[2]. There is no estimate available in the literature for South Asia, but it is likely that several millions are practicing shifting cultivation.

This session will bring in perspectives of human rights activists, shifting cultivator and UN agency on Indigenous Peoples’ Food Systems and respond to the following questions: 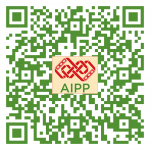 Session V: Role and engagement of Youth in the Indigenous Peoples’ movement: looking at the past, present, and future

Around two-thirds of the estimated 410 million Indigenous Peoples in the world live in Asia with over 1,000 distinct ethnic groups with their own language, history, customs, and social and cultural norms. In general, the groups of Indigenous Peoples are now facing a time of key life transition and uncertainty about the future due to a lack of recognition and access to rights. The challenges they face touch upon cultural and linguistic preservation, land rights, and exploitation of natural resources, self-determination and autonomy, environmental degradation and inclusion, ill health, substandard education, and discrimination.

Realization of Indigenous Women’s contribution in Indigenous movement is progressive, but yet not notable. Indigenous Women are found to be evident and proactive in frontline but are invisible with change in tiers. Their struggles and leadership are recognized and sung at community level. However, their voices and representation in decision making is mostly confined due to limited capacity of articulation, storytelling, influencing and negotiation. With few exceptions, Indigenous heroes like Bai Babylon, Malti Tirkey, Shirley Seng, Madhabilata Chakma and many more have paved path for collective movements. Yet, they have not received deserving recognition for their extraordinary contribution in Indigenous World and are invisible in global Indigenous Movement.

Although solidarity and collective actions among Indigenous Women across world is improving, and to some extent, their voices are becoming stronger than ever. But the situation has not improved in terms of recognition of Indigenous Women’s rights and creating enabling environment for their empowerment. UN Declaration on the Rights of Indigenous Peoples (UNDRIP)’s impact and influence analysis (UN 2019) has revealed the terribly slow progress and grave ground realities of Indigenous Women. Similarly, Global Sustainable Development Report (GSDR), 2019 has indicated worsening gender disparity and foreseen the greatest challenge to achieve Sustainable Development Goals (SDGs). UN Permanent Forum on Indigenous Issues (UNPFII) third session in 2003 and Commission on the Status of Women (CSW 2017), had recognized the special issues and needs of Indigenous Women with recommendation for Convention on the Elimination of all Forms of Discrimination Against Women (CEDAW) committee to make special consideration for Indigenous Women. Similarly, Beijing platform for action (BPFA) has completed 25 years but it’s reflection in 2019 has accounted Indigenous Women’s circumstances limitedly. 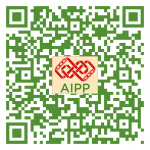