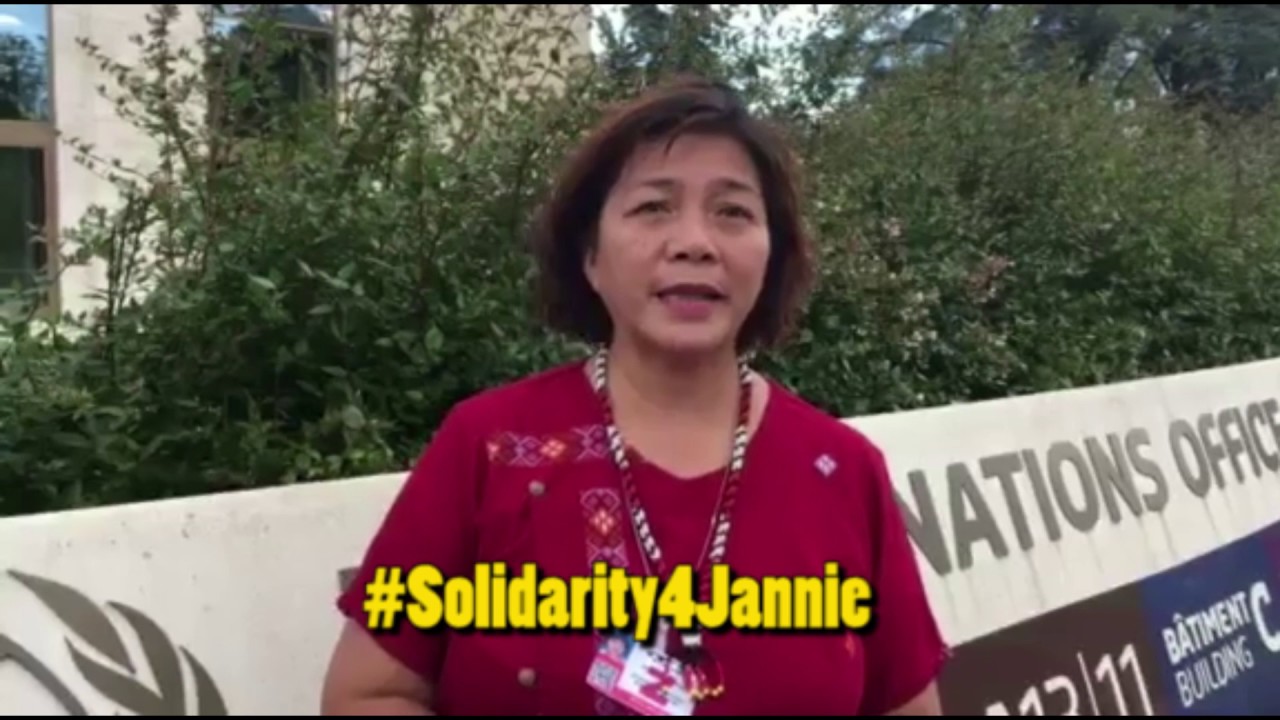 Jannie Lasimbang, former vice-chairperson of the Coalition for Free and Fair Elections (Bersih 2.0), calls on Malaysian government to uphold democracy as the decision on her case is set to be read on 28 July 2017 at the Kota Kinabalu Magistrate. She hopes her call and campaign for free and fair elections will be confirmed with the judge following what is contained in Malaysia’s Constitution on freedom of assembly and drop all charges against her.”. Lasimbang is facing multiple charges under Peaceful Assembly Act 2012 for her role in the fourth series of peaceful assemblies of the Coalition (Bersih 4.0) held on 29 and 30 August 2015 (See details here: https://aippnet.org/malaysia-justice4jannie/). The interview was made on #EMRIP10. Lasimbang is also a former member of the #EMRIP and secretary-general of AIPP.

Take a photo with #Solidarity4Jannie and tag us. See examples here.