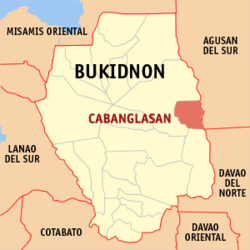 Nine members of the Pigyayungaan organization in Cabanglasan, Bukidnon face trumped-up charges of frustrated murder, accusing them of an encounter between the 8th Infantry Battalion of the Philippine Army (IBPA) and the New People’s Army (NPA) in said town last year.

“One of the accused is paralysed who is no longer even able to move fast,” said (in Bisaya) Datu Jomorito Goaynon, the chairperson of Kalumbay Regional Lumad Organization of which Pigyayungaan, an organization of the Higaonon people, is a member. “Another one is Joel Luis, the chairperson of Pigyayungaan-Cabanglasan Chapter, a respected leader in the community. Two of them and the seven others, however, are firm in their roots in our ancestral domain and would defend it no matter their age.”

The charges were made by 8th IBPA Sgt. Ramie Valle, Pvt Alfie Jauculan, and Civilian Active Auxilliary members Nilo Bongcahan and Estelito Yawan. They alleged that the accused were part of the NPA unit that ambushed the 8th IBPA on March 30, 2017 in Sitio Saluringan, Brgy. Canangaan, Cabanglasan. Valle and Jauculan were both wounded in said firefight.

The accused deny any involvement on said ambush and insist that they are civilians. They find it suspicious as well that the accusers executed their affidavits in September and October 2017, six months after their alleged involvement in the ambush, and well into the declaration of Martial Law.

Datu Goaynon, himself a traditional leader of the Higaonon in the said municipality, sees these trumped-up charges as part of the military’s efforts to intimidate and silence Pigyayungaan and other Lumad human rights defenders. According to him, there had been marked increase in judicial harassments against Lumads since Martial Law has been declared in Mindanao.

“This is in line with the government’s policy of opening up ancestral lands to big investors and using brute force and other dirty tricks against those who oppose said policy,” he added. “Already, a pineapple plantation is operating in a part of our lands, viciously guarded by paramilitary forces protected by the state forces. We know what these charges intend to do – force us out of our lands so they could enjoy the resources we have guarded and protected throughout the decades.”

EXPRESS YOUR CONCERN
to the Philippine Government by writing to: