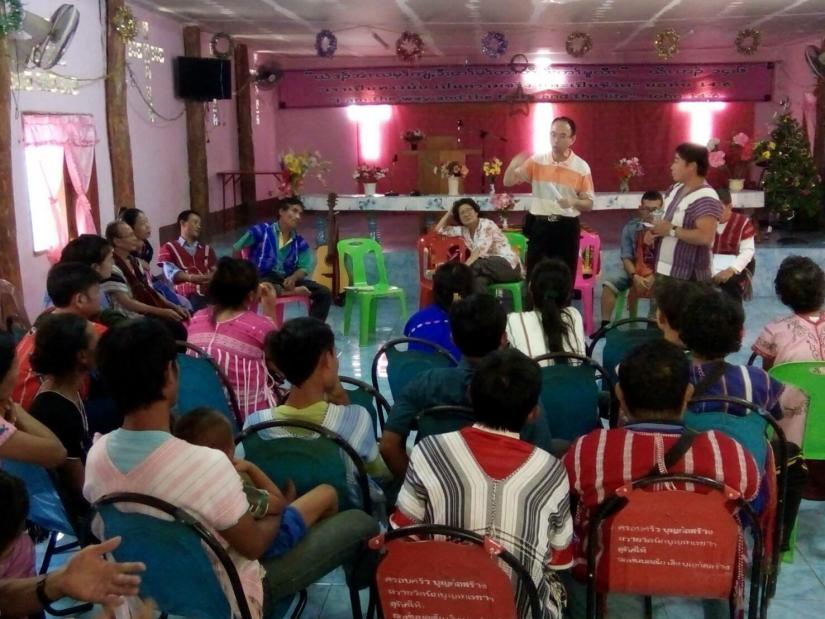 A filed trip was made on 9 January 2018 by representatives from the Cross-Cultural Foundation (CrCF) and the Network of Karens for Culture and the Environment Tanao Sri to visit and conduct a fact-finding mission. On 27 December 2017, a group of combined forces forestry, military and police officers had gone to Ban Wang Kho as part of an operation that had been going on since November. Local villagers were then informed about a forced eviction plan. The villagers were given until 31 January 2018 to relocate. It has caused much concern among the ethnic Karen as they are being forced to be evicted from the land that belongs to their ancestors.

Ban Wang Kho is a part of Ban Huay Nam Nak, Moo 6, Tambon Tanao Sri, Suan Phueng District, Ratchaburi and is composed of 25 households and 189 residents, of which 53 are young students. There are also some elderlies in the village. According to the villagers, they have been settling there for more than 50 years. Accordingly to the 1988 census survey by the Center for Development and Relief of Hill tribe People, all of them are registered to Thai household registration system and all of them have ID cards issued by the Ministry of Interior’s Department of Provincial Administration.  Apart from that, there are also a Buddhist monastery, a Christian Chapel, a Daycare Center and access to utilities.

The villagers revealed that as a result of their lack of legal understanding, they had printed their fingers on a consent form on 23 November 2017 to basically return the forested area to the authorities. And they were supposed to be evicted within 31 March 2018. The authorities have not yet provided information on a relocation site that accommodates up to 200 people. As a result, they would have to move in and stay with their relatives in their houses. Thus, the villagers have submitted the complaint to the National Human Rights Commission (NHRC).

According to the local officers of the Internal Security Operations (ISOC), the area has been designated as security-related area along the border and based on satellite images, the area had recently been encroached. On the contrary, the villagers insist that they are not new settlers but they are extended family members. Permissions have always been sought from the authorities prior to any construction in the local area. And in 2017, the district authority even helped to build for them toilets. Apart from about six rai of land on which they live a simply life, most of the villagers have no other farmland.

Any implementation by the state has to be made in compliance with national and international human rights treaties to which Thailand is a party including the International Covenant on Economic, Social and Cultural Rights (ICESCR) which guarantees the right to housing. Such implementation should not lead to forced eviction of local people without agreement on the new location that provide livelihood facilities that if not same but not less. Instead, local people should be encouraged to participate in an effort to collectively preserve forest resources.

All parties are urged to consider impacts on the ethnic Karens per the cabinet resolution made on 3 August 2010 on “The Policy and Protocol for the restoration of the Karens’ Livelihood” covering five aspects including (1) ethnic and cultural identity, (2) resource management, (3) the right to nationality, (4) cultural inheritance, and (5) access to education. Compliance with such protocol shall not be made possible if the Ban Wang Kho villagers have to be relocated within three months, while no relocation site can be secured. They would simply become internally displaced persons.

“The villagers are ethnic Karen who had been receiving support from the government to help them securely settle and farm there. But encroachments have recently been found in adjacent area, mostly occupied by rich investors from outside. Therefore, the prosecution should be aimed at the large-scale encroachers and such land should be confiscated and redistributed among the villagers who have no farmland, but residential area” said Mr. Surapong Kongchuntuek, Chairperson of CrCF.