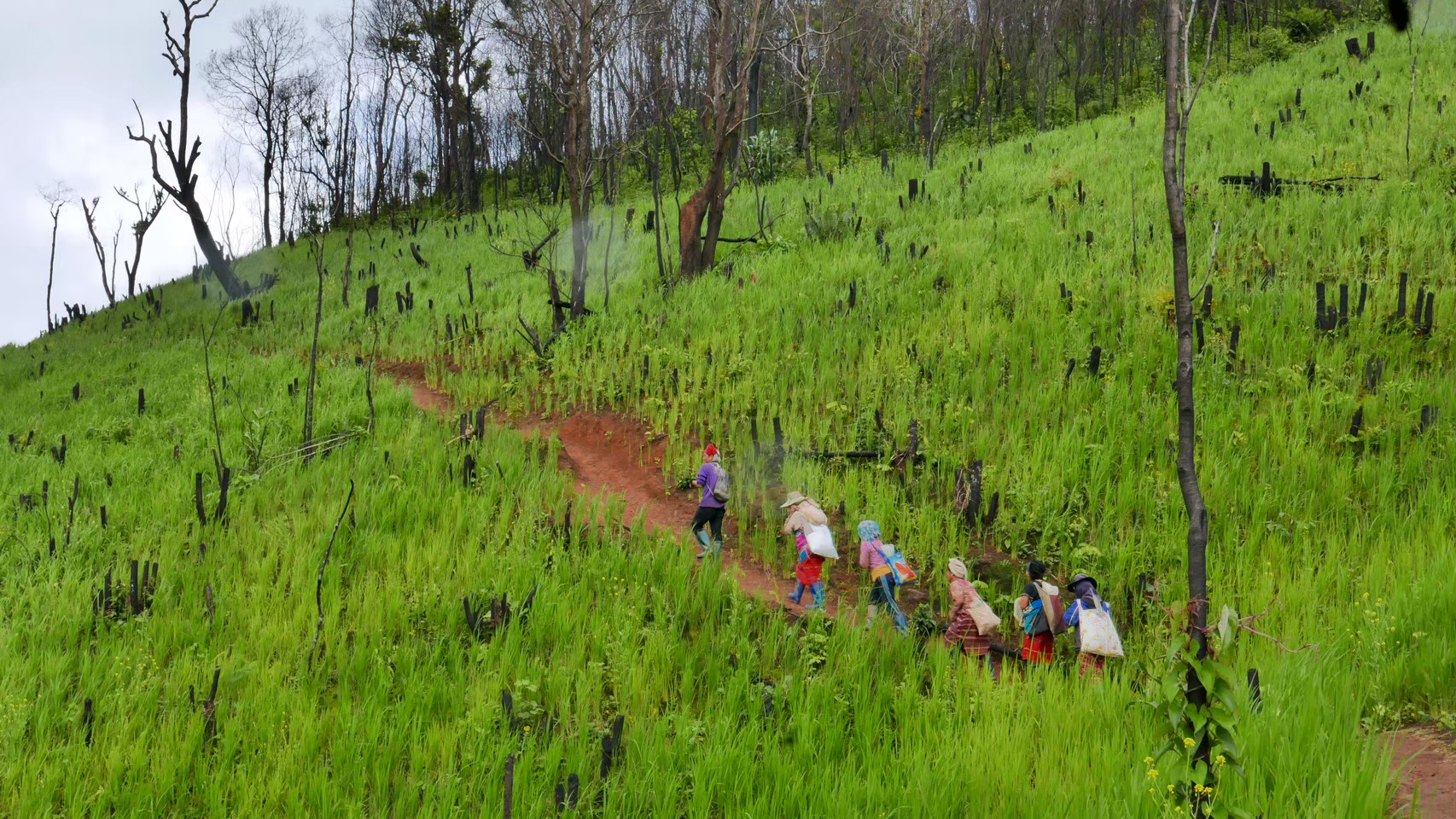 A new study reveals that Nationally Determined Contributions, a cornerstone of the international framework aimed at addressing climate change, are likely to fail unless indigenous peoples’ rights to their land, forests, waters and territorial management are included.

As representatives of governments meet for the Bonn Climate Change Conference over the next two weeks with hopes of stepping up ambitions of climate commitments and plans, a new report shows how global climate commitments will be ineffective without considering local realities.

“Without putting the rights and knowledge of Indigenous Peoples at the heart of the implementation, monitoring, and reporting of the NDCs, this study shows that it is not possible to effectively combat climate change,” said Mr. Kittisak Rattanakrajangsri, Chairperson of the Asia Indigenous Peoples Pact (AIPP).

The report, conducted by an Asian regional Indigenous Peoples’ network,  shows lack of security for traditional and customary land tenure was notable across the Asia region, with some important exceptions. The review’s authors welcomed the emphasis placed on secure land tenure by a number of governments and private donor organisations during COP26.

Under the Paris Agreement in 2015, governments promised to make global commitments to address climate change, in the form of ‘Nationally Determined Contributions’ (NDCs). These NDCs need to ‘ratchet up’ over time to meet the goal of limiting global temperature increases.“But they also need to be rapidly integrated into national actions and lead to real changes on the ground,” said Kittisak.

Working with indigenous authors in ten countries in Asia, the Asia Indigenous Peoples Pact (AIPP) has led a review of the way in which the promises made by governments to date under their NDCs have been translated into real strategies, policies, laws and – critically – outcomes at the national and local levels.

The review found differences between the countries, but trends included a broad failure to recognise customary tenure rights of Indigenous Peoples and the contributions towards climate mitigation and adaptation already being made by them through their lands, forests, waters, and territorial management.

“NDCs are an opportunity to realise international  commitments and obligations to protect human rights and to find just ways to address climate change – but rights can’t be protected if they are not recognised” said Oda Almås Smith, an advisor with Forest Peoples Programme who collaborated with AIPP in conducting the study.

Across all ten countries, Indigenous women, men and youth, were nearly invisible as actors or agents of change, generally viewed instead as victims of climate changes or as beneficiaries of climate projects. Yet across all countries, the lands, and territories of Indigenous Peoples are identified as critical remaining ecosystems for climate change mitigation and adaptation.

“We strongly recommend States ensure the full and effective participation of Indigenous Peoples and their agency, not only in the implementation of these NDCs now but also in their future reviews and updates” said Kittisak.

“NDCs should be anchored to the UN Declaration on the Rights of Indigenous Peoples (UNDRIP) and must specifically identify and recognize customary land rights and knowledge of Indigenous Peoples as major strategies in the fight against climate change, loss of biodiversity and unsustainable development.”

The study shows that traditional occupations and sustainable use patterns go largely unrecognised, or even criminalised, and certainly without the support they need to be sustained. Better recognising and supporting these systems of sustainable management and use could scale up impact quickly, securing critical ecosystems by securing the rights of those managing them.

“We call on governments to stop criminalising our traditional occupations and livelihoods, particularly shifting cultivation, and recognize and promote it as our cultural heritage” said Ms. Noraeri Thungmueangthong, the first woman chief of Huay Ee Khang Village from northern Thailand.

The existing impacts of climate changes are already felt, including in myriads of locally experienced agricultural, water supply, and biodiversity changes.

The review also found that while indigenous women and youth feel impacts of climate change particularly strongly and need to carry the weight of adapting, they also hold specific and valuable knowledge to address climate change.

“We, Indigenous women, must be recognised as key practitioners, innovators, and transmitters of knowledge and culture relating to our traditional occupations and livelihoods based on natural resources,” said Ms. Noaeri.

With support from the UN-REDD Programme through United Nations Development Programme (UNDP), the Development Cooperation Section of the Embassy of Sweden in Bangkok, and the Swedish International Development Agency (SIDA) through Swedbio at the Stockholm Resilience Centre, the review looks in detail at national and local policies, laws, and regulations in ten countries: Bangladesh, Cambodia, India, Indonesia, Malaysia, Myanmar, Nepal, Philippines, Thailand, and Vietnam.

“Importantly, this review is a first step: this is the first of its kind, a locally grounded and indigenous led review of how global climate commitments are felt at national and local levels,” said Mr. Lakpa Nuri Sherpa, Coordinator of the Environment Programme of AIPP.

“We plan to repeat this assessment annually, shedding light on what global commitments really mean and providing an avenue to understand from the perspectives of Indigenous Peoples,” said Lakpa.

“Partnership with Indigenous Peoples and promotion of our leadership in the conservation and sustainable use of biodiversity, and climate change adaptation and mitigation, are critical to achieve the targets of the Paris Agreement”

“To achieve the goals of the Paris Agreement, NDC implementation needs to meaningfully include Indigenous Peoples. The findings from these 10 countries point to areas that can be improved, and we look forward to continuing to collaborate with AIPP and Forest Peoples Programme  to address the gaps and track how these NDCs are implemented,” said Tim Clairs, Principal Policy & Technical Advisor for UNDP’s Climate & Forests Programme.

For further information, to request an advance copy of the reports, or to arrange an interview, please contact: