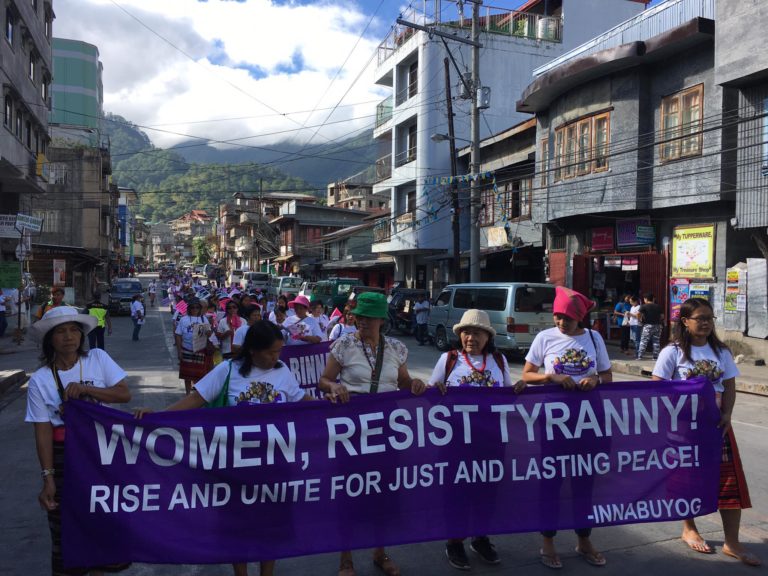 Women’s organizations from all over Cordillera had gathered in Bontoc, Mountain Province this morning in observance of the International Women Human Rights Defenders Day as they hold the 8th Congress of Innabuyog Alliance of Womens Organizations in Cordillera (Innabuyog-Gabriela). They marched towards the Provincial Capitol and held a program.

According to Innabuyog Chairperson Virgie Dammay, women human rights defenders in the Cordillera are under attack under the tyrannical anti-women Duterte presidency. 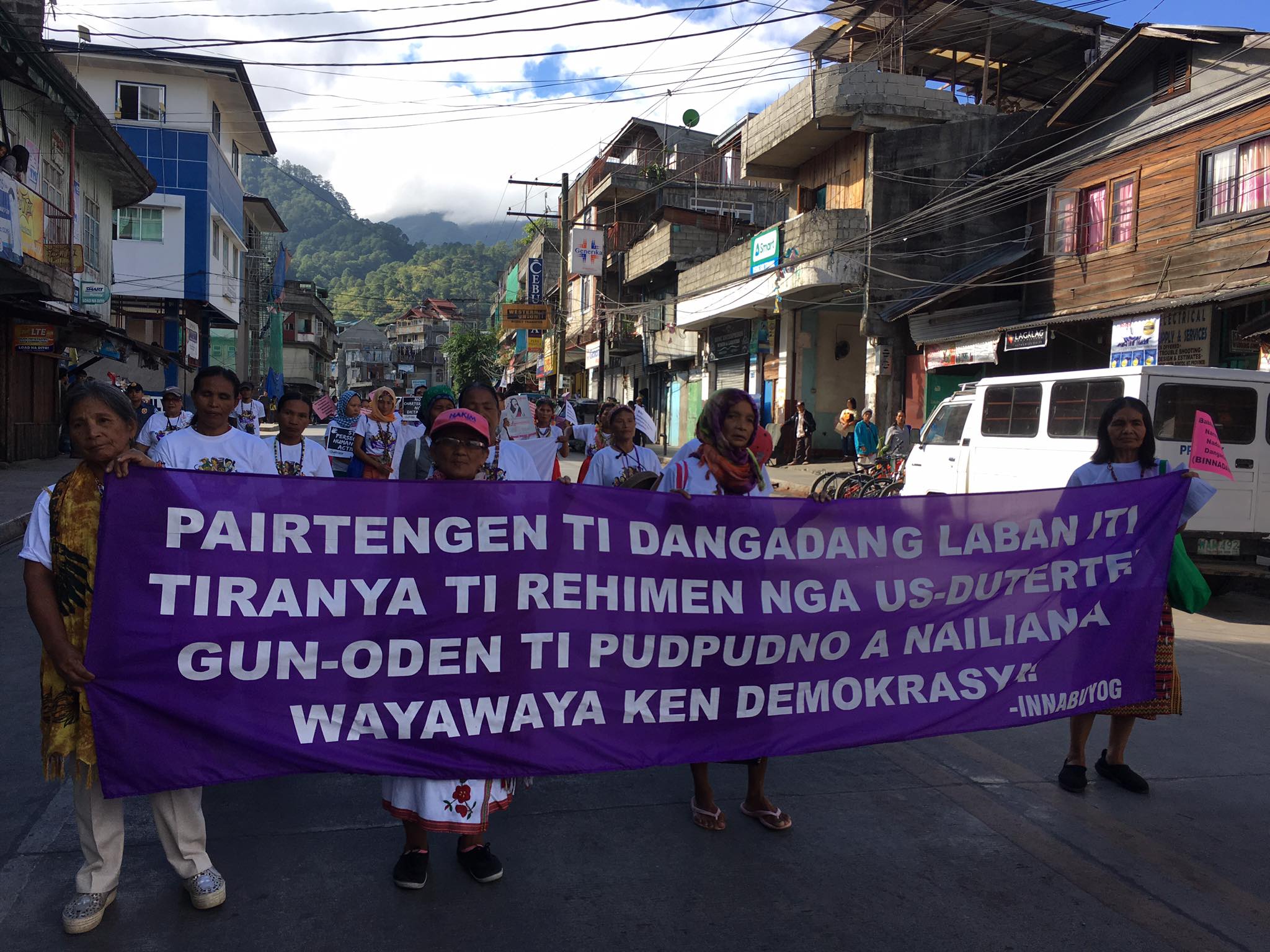 “As reported by delegates of the 8th Innabuyog regional congress, women HRDs in the Cordillera have been experiencing continuing harassments, militarization of villages, and trumped-up charges. Womens’ organizations in the villages are being tagged as supporters of the NPA. Elements of the 7th ID has been harassing members of peoples organizations, peasant, women and youth who have been consistently opposing the entry of destructive projects such as dams, mining and energy. This resulted in widespread fear in our communities who have been neglected by the government for the longest time.”

Dammay added that the worsening poverty of families in the Cordillera stem from Duterte’s anti-poor policies such as the TRAIN. She further said that women bear the burden of sustaining the needs of their families for food such as rice and milk. The health and well-being of our children are in greater risk now more than ever. 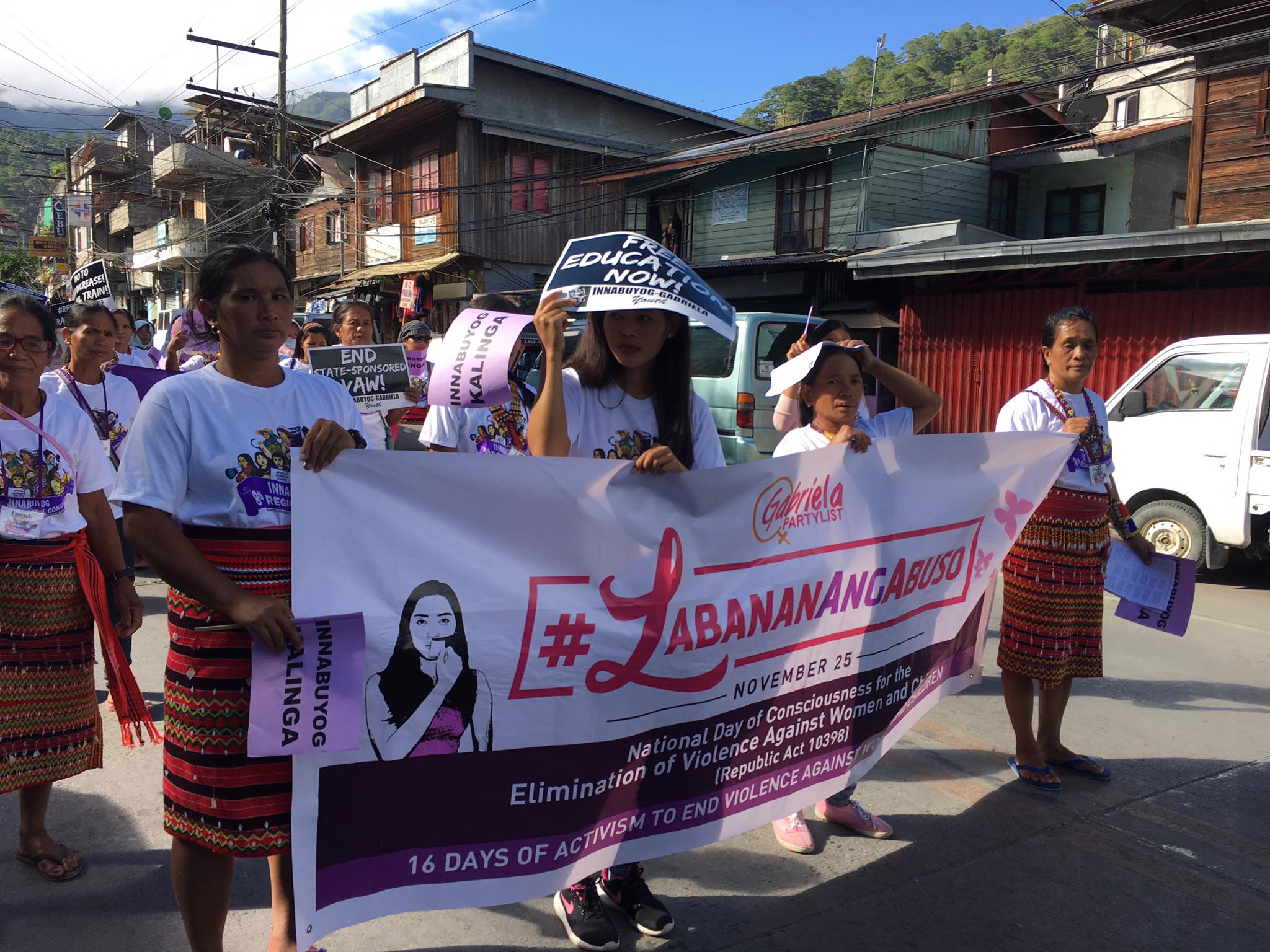 Dammay added that women HRDs and their families are subjected to state terrorism to stop them from doing their development work in the communities.

“One of our sisters, a volunteer health worker and development activist, Rachel Mariano, is now imprisoned for almost 3 months now for fabricated murder charges filed in Ilocos Sur,” said Dammay.

Five women leaders in the Cordillera are also tagged as terrorists by the government while the international community honor them for consistently defending indigenous peoples rights and the environment. 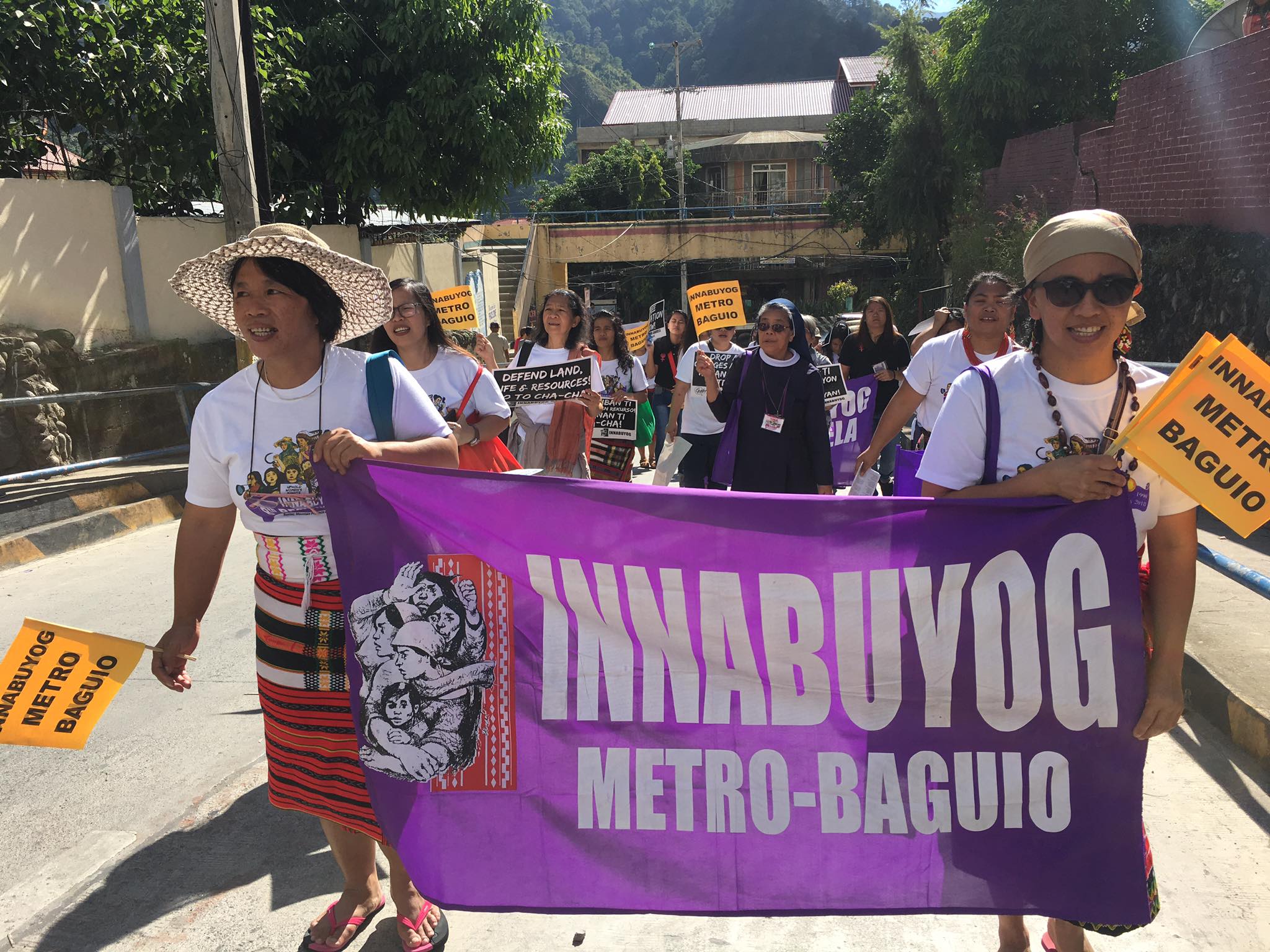 “These attacks continue to trample on our rights as indigenous peoples to our ancestral lands, human rights and dignity.

Dammay challenged her fellow Cordillera women to resist the tyranny and state terrorism of the Duterte regime. “I challenge our sisters in Cordillera to continue, overcome fear, consolidate our ranks and intensify our struggle. That is the legacy that we will be leaving to our children.” 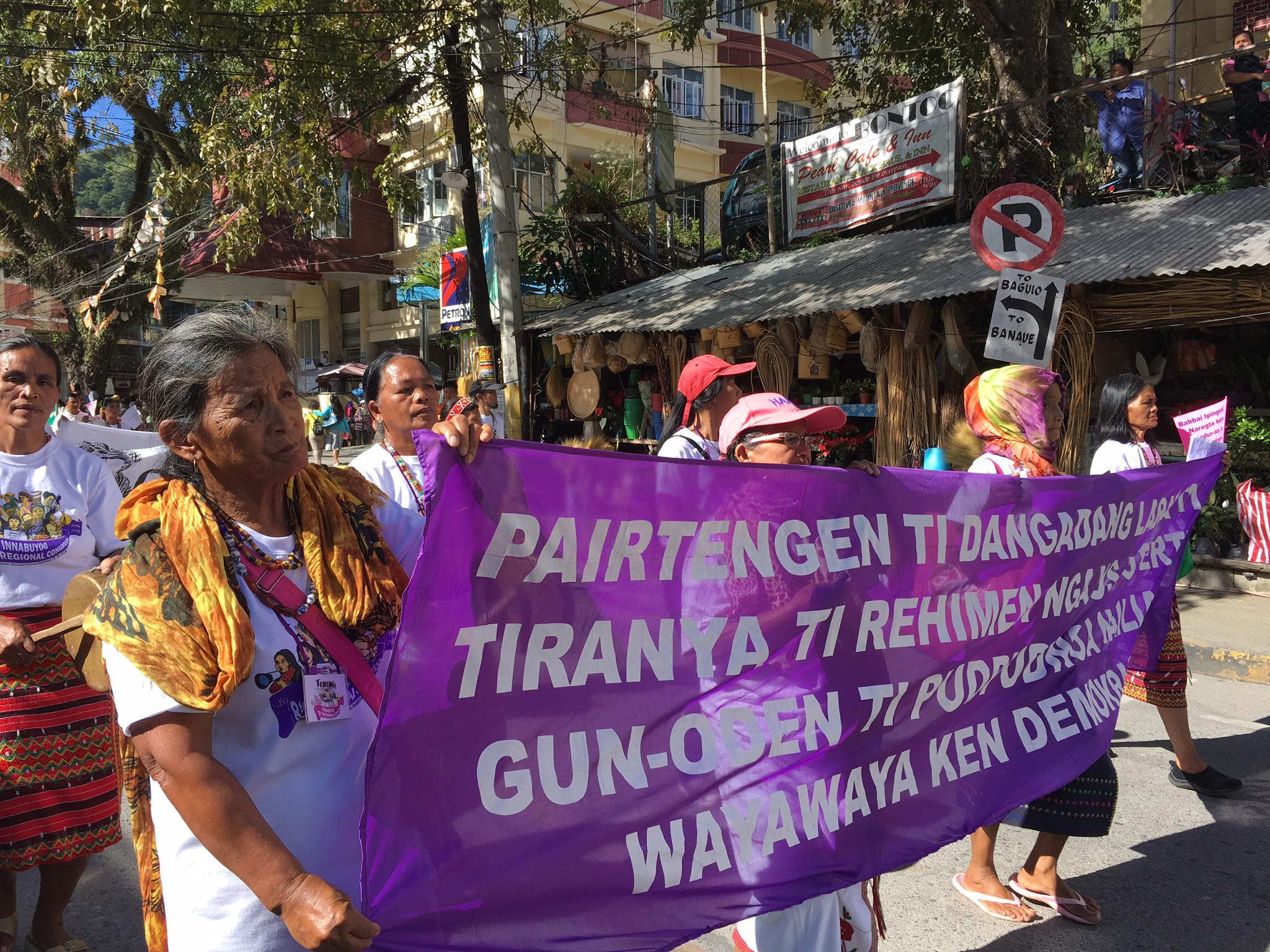 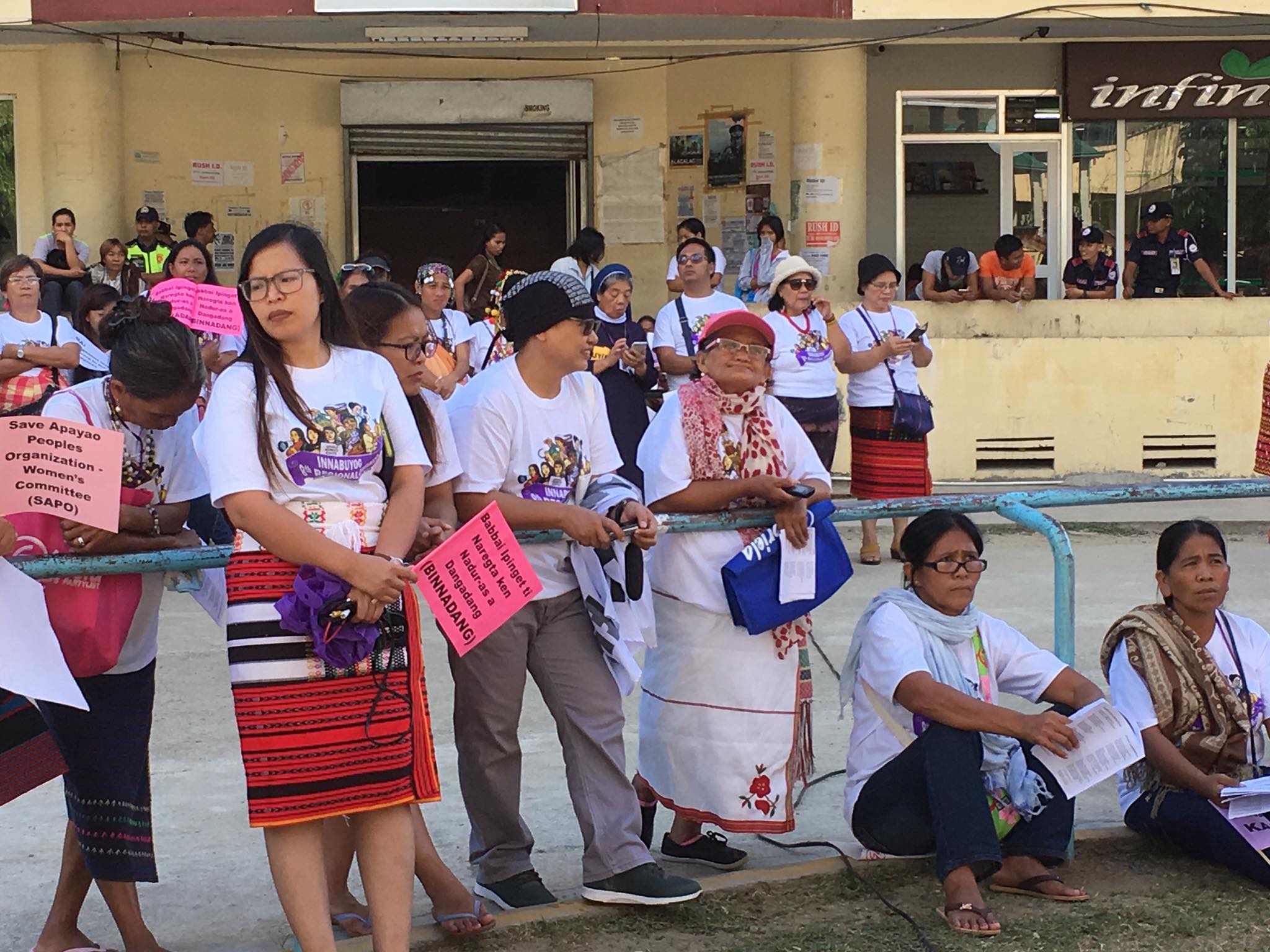