Philippines: Stop turning Mindanao into a killing field of Lumads 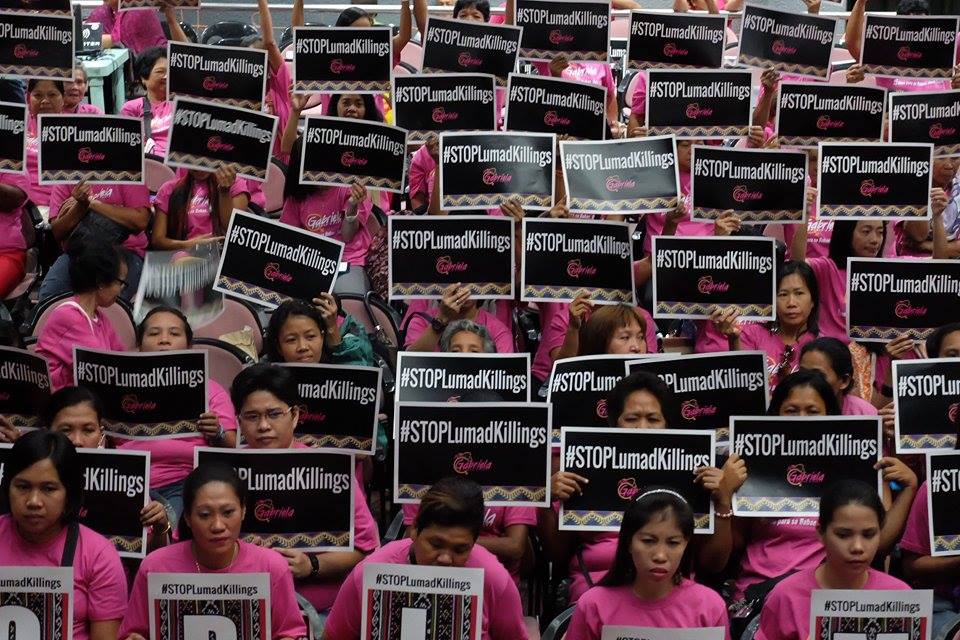 4 September 2015 – AIPP strongly condemns the continued brutal killings of Lumads in Mindanao of the Philippines at the hands of paramilitary groups and security forces. At least 13 Lumad human rights defenders and community members, including two children, have been killed in five incidents of extrajudicial killings and four massacres in the past eight months, with the recent killings of Emerito Samarca, Executive Director of a tribal school, and two other Lumad leaders in Surigao del Sur on 1 September. In the aftermath of the killings, more than 4000 Lumads evacuated to a neighboring village due to fear for their safety, and schools have been closed down.

The targeted killings of Emerito Samarca, regarded as pioneer of alternative education system for disadvantaged indigenous youth, and the two tribal leaders, once again unleashes the spate of state-sponsored terror against its own people, especially the Lumads in Mindanao. Less than two weeks ago, military had allegedly massacred five farmers in Bukidnon – two of them were minors. This has brought the total number of extrajudicial killings to 68 under the incumbent Aquino regime. In almost all of the killings, the victims were falsely framed as members and supporters of New Peoples Army. Ground reports show that all the victims of recent spate of killings were innocent civilians – among them, some were leaders and advocates of the Lumads’ rights.

The increasing figure of extrajudicial killings under the current Aquino government, particularly targeting Lumads and other indigenous peoples in the Philippines, is a clear indication of its failure to protect and respect the inherent rights to life and dignity of its citizens. Killings of innocent civilians at the hands of paramilitary and security forces are gross violations of human rights that demand immediate justice.

AIPP is deeply alarmed by the fact that the reason behind heavy militarization of Lumad communities in Mindanao – half of all the Armed Forces of the Philippines are deployed in the region – is merely to protect the interests of mining companies and other corporate entities to loot and plunder the vast mineral resources from Lumad lands and territories. The use of excessive violence by State security forces to respond to the Lumads’ legitimate defense of their rights to land, territories and resources against plunder and land grabbing is resulting in gross human rights violations. By now, thousands of Lumads are living in evacuation camps across the region because of this militarization.

Fresh incidents of violence, despite strong recommendations of the UN Special Rapporteur on the human rights of internally displaced persons after his recent country visit to the Philippines, including to the region of Mindanao, in August clearly demonstrate the lack of political will of the Government to adhere to its international human rights obligations. They also exemplify the worsening discrimination against and unjust treatment of indigenous peoples, including the right to education of indigenous children. Asserting that some leaders and members of the indigenous communities have been killed over the past years reportedly due to their anti-mining activities, the Special Rapporteur urged the Government, in consultation with indigenous peoples, to give greater attention to addressing the causes of displacement whether it is due to the militarization of their areas or development projects.

Victims of any of the killings and massacres have not been provided justice. AIPP denounces, in the strongest terms, the prevailing culture of impunity for such heinous crimes. The immunity provided to paramilitary and security forces as an integral part of Aquino’s counter-insurgency program ‘Oplan Bayanihan’ must end if it is to provide any justice to the victims.

AIPP calls on the concerned Filipino authorities to promptly conduct an independent and transparent investigation of all the extrajudicial killings under the current regime. It appeals for an immediate end to the militarization in indigenous communities, including termination of the counter-insurgency program ‘Oplan Bayanihan’, withdrawal of military and paramilitary troops from the communities and dismantling of private armies. It also urges the Government to revoke the Executive Order 546, which legitimizes formation of such paramilitary groups.

Further, AIPP appeals to the Filipino government to immediately stop all destructive projects in ancestral territories, including mining, hydroelectricity and logging and uphold the rights of indigenous peoples, including their rights to lands, territories and resources and self-determination, in line with its international human rights obligations. AIPP also calls on the government to implement the recommendations of the former Special Rapporteur on extrajudicial, summary or arbitrary executions, Philip Alston, contained in his report to the Human Rights Council A/HRC/11/2/Add.8 29 April 2009 and the recommendations of the Special Rapporteur on the human rights of internally displaced persons, Chaloka Beyani, with regards to the situation of internally displaced indigenous peoples.

Please see the attached Urgent Appeal for additional information and send letters of concern to the concerned authorities.