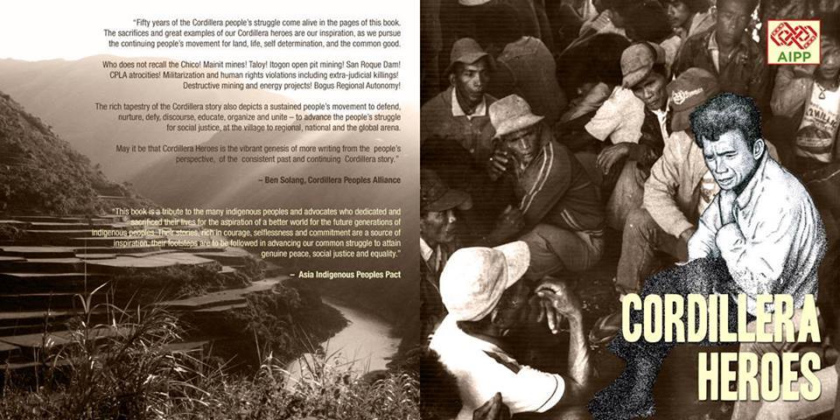 In commemoration to the National Heroes Day on Monday, August 29, 216, the Cordillera Peoples Alliance (CPA) remembers and pays tribute to all indigenous peoples and advocates who dedicated their lives for the defense of land, life, resources and self-determination. The lives of the Cordillera heroes and martyrs are a testament to the rich history of resistance and defiance of the region against colonization and the incursion of multinational corporations into the territories of the Igorots.

The long list of Cordillera heroes and martyrs include men and women, elders, defenders of land and resources, pioneers of organizations, development workers, organizers, human rights defenders, lawyers, teachers, artists and youth. In the publication Cordillera Heroes published by the Asia Indigenous Peoples Pact (AIPP), it described that the martyrs and heroes of the people were ordinary people yet they led extraordinary lives and made significant contributions that will never be forgotten. The book went on to describe them with different personalities, yet common traits among them stand out such as humility, selflessness, bravery and compassion. Many of them led simple, hard, even frugal lives, yet they were rich in the respect, love and honor that others poured upon them.

The stories of our heroes and martyrs inspire us to carry on the struggle and live out the legacy of our Cordillera heroes and martyrs. Their stories are continuing narratives of a people’s movement that has not diminished in strength nor capacity to persist despite changes in regimes. Their stories and heroism are portraits of the Filipino people who refuse to be cowed by repression. Their deeds are seeds that continue to grow are nurtured by the continuing struggle of new generation of activists who will pursue the just options for genuine social change.