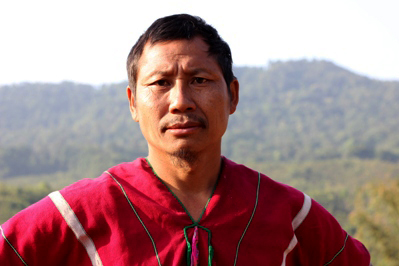 Indigenous Karen people of Mutraw and staff of the Karen Environmental and Social Action Network (KESAN) are mourning the loss of one of their most committed land protectors, peace advocates, and Indigenous rights defenders: Saw O Moo.

On April 5, 2018, Saw O Moo travelled from his home on the plains of Ler Mu Plaw to a community meeting at the Luthaw Paw Day community centre, over an hour’s motorbike ride away. This meeting was held to organize humanitarian assistance for villagers forcibly displaced by recent and ongoing Burma Army attacks in the area.

On his way home after the meeting, Saw O Moo offered a ride to Saw Hser Blut Doh, a soldier of the Karen National Liberation Army (KNLA). Saw Hser Blut Doh is assigned by the KNLA to provide security and protect Karen civilians in the Ler Mu Plaw area.

At 5:20 PM, just as the two men were nearing Saw O Moo’s home in Ler Mu Plaw, they were ambushed and shot at by Burma Army soldiers at a place called Wah Klo Hta on the edge of the T’Ri Plaw plain. Saw Hser Blut Doh recalled what happened next. “When I saw the Burma Army soldiers, I immediately jumped off the motorbike and ran,” he told Saw O Moo’s younger brother the following day.  “Saw O Moo could not stop his motorbike immediately, so the soldiers shot him. I could hear gunshots as I ran into the forest.” Saw Hser Blut Doh managed to escape uninjured.

Although KNLA authorities have confirmed Saw O Moo’s death, several attempts to retrieve the body have been unsuccessful, as Burma Army soldiers are shooting at anyone who approaches the area. As a result, Saw O Moo’s family has not been able to perform their Indigenous funeral rites. Saw O Moo is survived by his wife Naw Paw Tha and 7 young children, who were forced to flee the Burma Army’s first attacks in Ler Mu Plaw on March 4th. 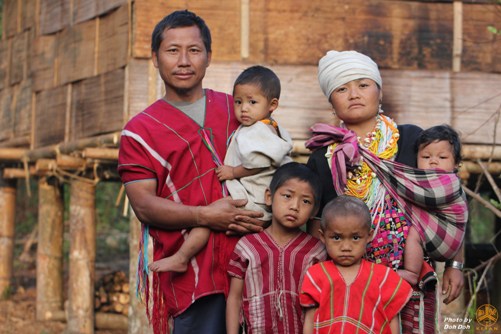 Saw O Moo was born in 1975 in his parents’ hut on their land in T’Ri Plaw, in the Ler Mu Plaw area. Since 2006, he worked as a local community partner with the Karen Environmental and Social Action Network. Saw O Moo will be remembered for his life-long passion and commitment to preserving Indigenous Karen cultural traditions, promoting customary land stewardship, and leading local community forest conservation activities as the Luthaw Paw Day Community Forest Coordinator. 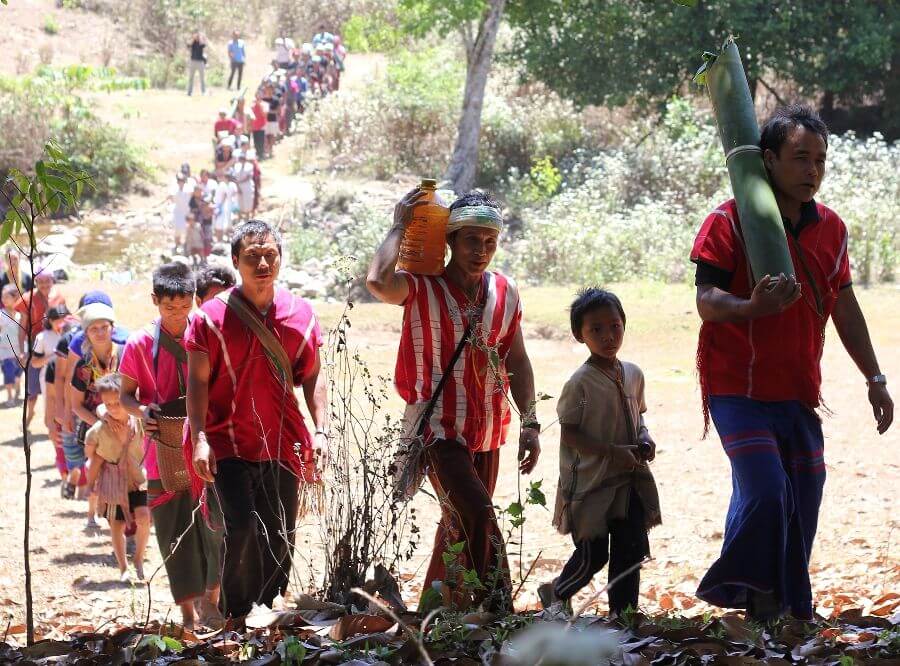 Saw O Moo’s death is yet another casualty of ongoing fighting that has broken out between the Burma Army and the Karen National Liberation Army, as the Burma Army breaks the Nationwide Ceasefire Agreement in order to seize territory and construct a military operation road through Indigenous Karen people’s ancestral lands. Since the fighting began on March 4th, over 2,300 villagers have been forced to flee their homes. Saw O Moo could have followed his wife and children into hiding in the forest, but he chose to remain at his home in Ler Mu Plaw to protect his people from the attacking Burma Army soldiers.

For KESAN staff and all Indigenous Karen people of Mutraw, Saw O Moo’s death is an unspeakable tragedy. We will never forget his dedication in the ongoing struggle to build peace and protect ancestral lands. We also condemn the brutal actions of the Burma Army and its disregard for local villagers’ lives. This tragedy could have been avoided if the Burma Army had not broken the NCA and refused to resolve the rising tensions through the existing dispute resolution mechanisms.

KESAN is a community-based, non-govern-mental, non-profit organization that works to improve livelihood security and gain respect for indigenous peoples’ knowledge and rights in Karen State, Burma.