Malaysia: Another blockade comes up, in Perak

In a quiet forest in central Perak, another small blockade has been erected by Orang Asli bent on defending their customary territories from loggers, who in turn are bent on profiting from it and destroying it in the process. 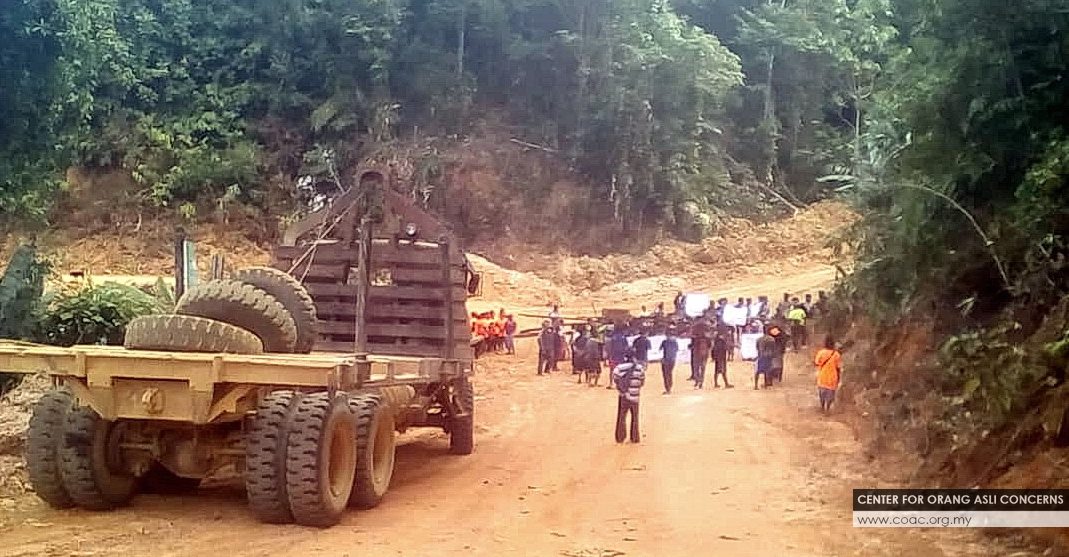 The small Temiar community of Kampung Tasek Asal Cunex had returned to their traditional homelands in 2016 after having been resettled at RPS Dala. They returned for two reasons: one, to have a better chance of making a living at Cunex compared to the resettlement scheme where they had lived for 30 years; and two, to protect their customary lands from being exploited by poachers and especially the loggers.

The area had been logged in the past, in the 1980s. And they have seen the devastation it had brought to their homelands, and its impact on the fish and wildlife. Now they are certain they do not want to see a repeat of this destruction happening again. 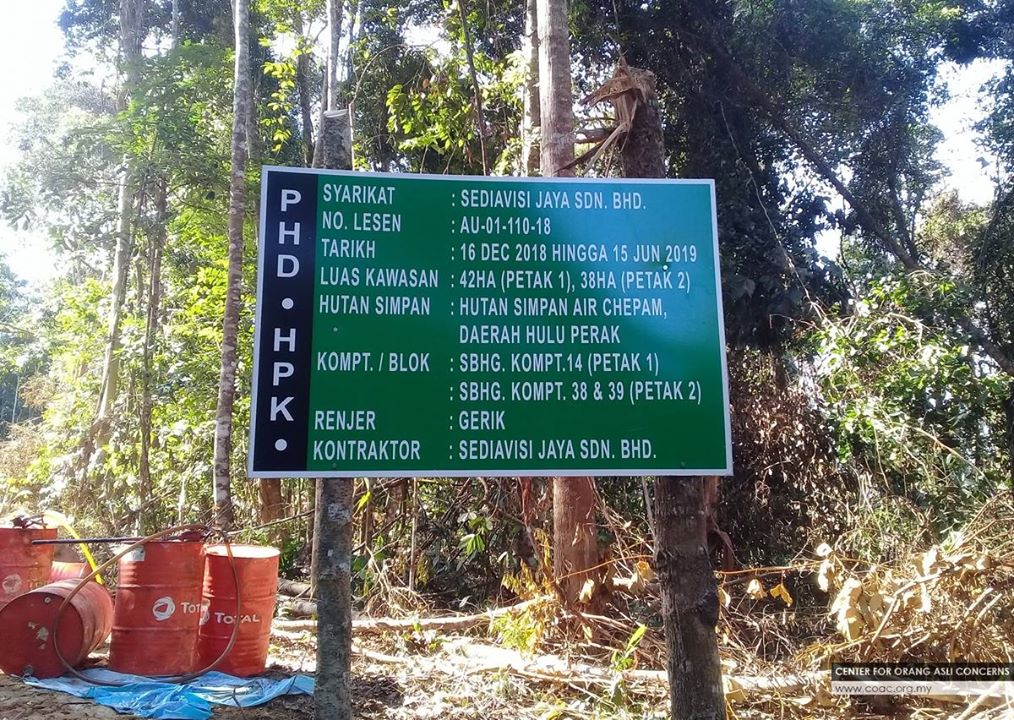 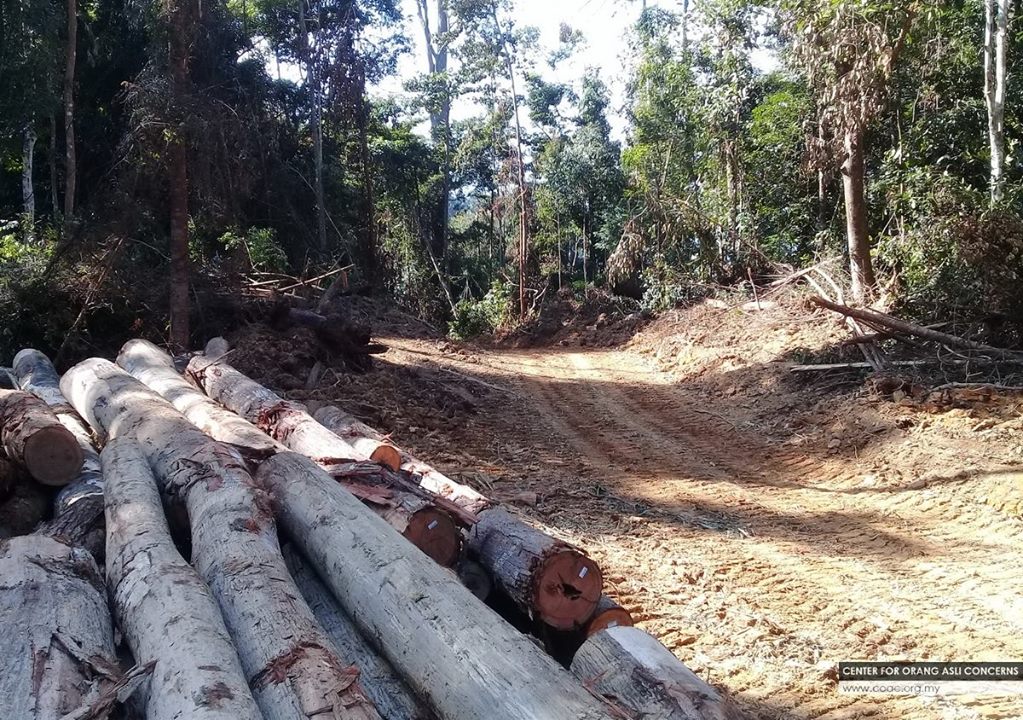 Signs of the intention to renew logging, especially in the richly-forested Upper Denlak River area, were noticed about a fortnight ago: bulldozers came in to repair the old logging roads. A few days ago, a section of the forest was cleared for the planned log yard (matau) and workers’ kongsi. Timber trees, albeit small in size, were cut for these and were to be brought out as ‘pokok jalan’ timber. That is, incidental trees cut as part of the logging road and matau construction.

Seeing the works going on, the community made various reports to the government agencies concerned, including the Forest Department, MTCC, the police, JAKOA and even to the Menteri Besar of Perak. The loggers also refused to show them their licence or logging permit, despite recently putting up a signboard at their planned matau. 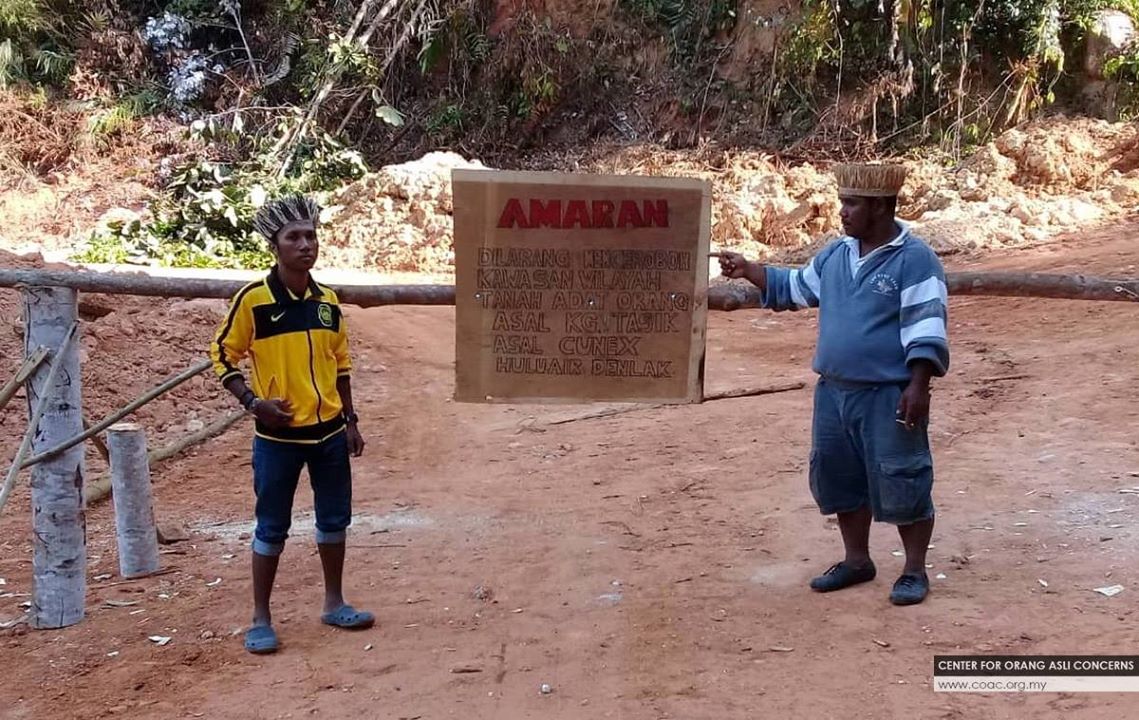 As such, they had no choice but to put up a barrier to prevent logging vehicles from entering or leaving the area. This was done on Tuesday, 29 January. They had support from three similar back-to-roots communities in the area, which had also experienced loggers trying to enter their customary territories.

For the normally-passive and pacific people of Kampung Cunex, the battle of nerves and conviction has begun. There are risks involved as, even with the new government, the authorities have been known to side with the loggers in Perak.