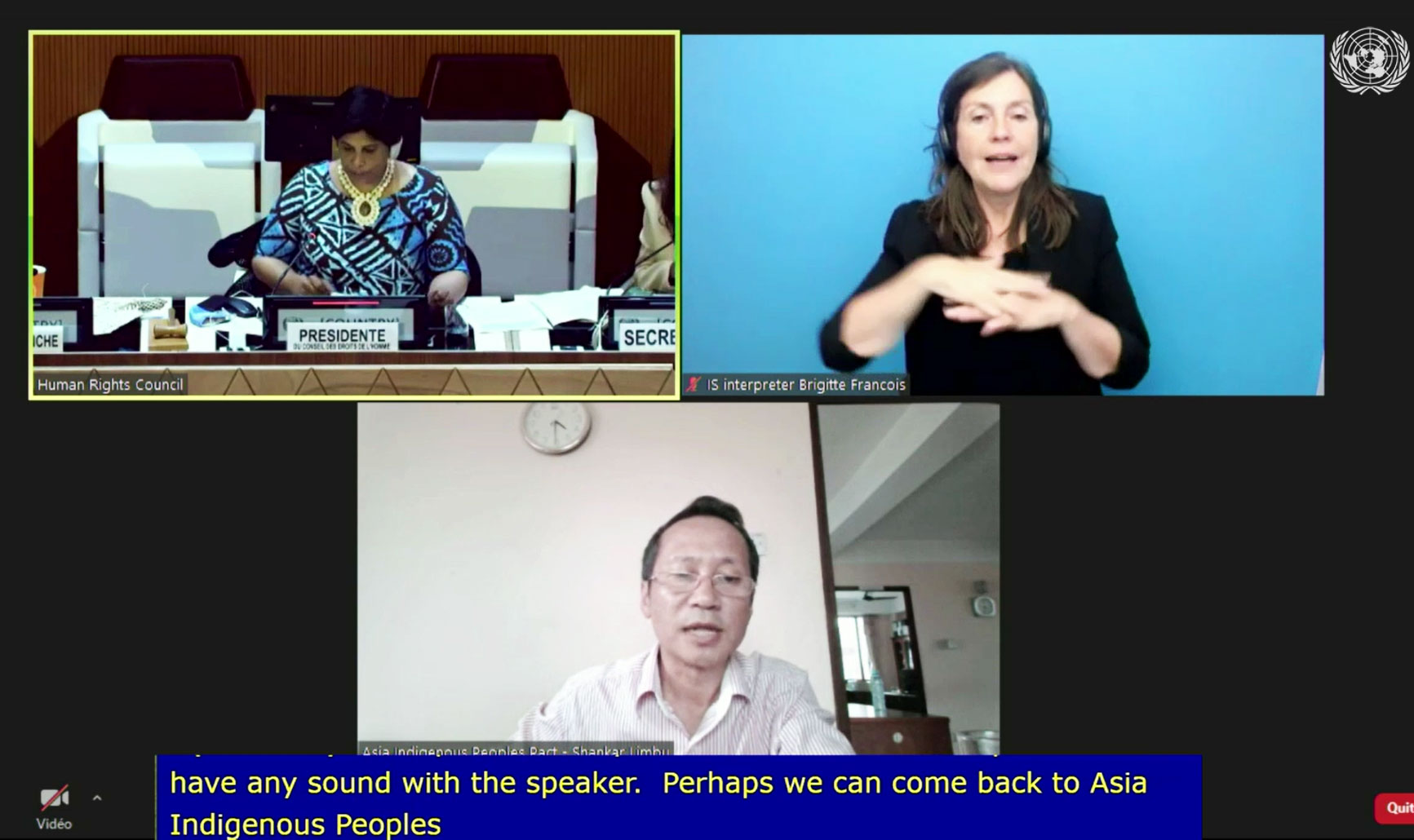 Excellencies, Distinguished dignitaries, leaders of Indigenous Peoples! First of all, I endorsed the Quito Outcome Document 2020, outcome document of WCIP 2014, and initiation of EMRIP, UNPFII, and the Voluntary Fund for Indigenous Peoples on enhanced participation of Indigenous Peoples. And I would like to endorse the written Statement submitted by the Secretary-General of AIPP.

The systematic exclusion and marginalization remain Indigenous People almost stateless and voiceless. On the other hand, the approach of assimilation in some countries destroying the right to live freely with dignity distinct peoples and threatening their continued existence.

Thus, I urge Member states in Asia to ensure the free and meaningful participation of IPs recognizing their representative institutions and sui generis governing system to fulfill their commitment by adopting the UNDRIP and to take the positive initiative for enhanced participation of Indigenous Peoples at the UN level.

Finally, As the Self-evident and legally recognized Indigenous Nations, we want to walk not behind, not in front but side by side with the nation-state, for strengthening the purpose of the United Nations as stipulated in its Charter.