Indigenous Peoples are concerned by the fact that vital climate negotiations for the planet’s survival have been postponed due to the global COVID-19 pandemic. While this may suit some governments, who are unwilling to do what it takes to make the Paris Agreement work, Indigenous Peoples are trying to build momentum in this stalemate period.

Written in an easy-to-understand language, AIPP and IWGIA urge party delegates and representatives of the UNFCCC Secretariat to take a moment to read the submission and consider the insights of, and recommendations by, Indigenous Peoples.

As a teaser for the content of the submission, AIPP Environment Programme Coordinator Lakpa Nuri Sherpa explains:

Indigenous Peoples’ collective actions and initiatives in the conservation and protection of their land, territories and resources contribute to achieving the goal of the Paris Agreement. Therefore, the recognition and promotion of Indigenous Peoples as a strategic partner to fight the climate crisis by putting Indigenous Knowledge and customary land rights in the centre of the Nationally Determined Contributions (NDCs) is crucial for the benefit of the Planet and humanity.

Indigenous women are at the crux of climate change. They are vulnerable and at high risk of being the most impacted by changes to climate. However, my ex­perience shows they also hold key knowledge which could help develop solutions. A climate change solu­tion must involve Indigenous women who are traditional knowledge holders and forest guardi­ans. If they are part of the solution – the solution will be more effective.

The climate crisis is not just an environmental and scientific matter. It is also a social, political and cultural agenda. In this regard, climate action should take account of our [Indigenous Peoples’] distinct world views and lifeways, rather than relying only on so-called science. What is climate science and from where does that knowledge come? The roots of our knowledge, or science, derive from our culture and values. Our values and knowledge are deeply entangled with our social, environmental and political ecology. They have been sustained for centuries through balancing harmony between nature and human beings. However, climate action is ignoring our lifeways and values. We need synergies between western lab-based science and our Indigenous Knowledge to combat the climate crisis. This requires a paradigm shift with ‘technology transfer’ safeguarding those distinct sciences.

In our support to Indigenous communities in Asia, Africa, Latin America, the Arctic and beyond, we see that as a result of top-down climate action, Indigenous Peoples face evictions from their territories and other existential threats. This is paradoxical as despite being small in number, Indigenous Peoples protect vast territories and ought to be recognised and supported for the key role they are playing in the fight against climate change.

For more about the latest important developments for Indigenous Peoples at the UNFCCC, read the dedicated chapter of The Indigenous World 2020. 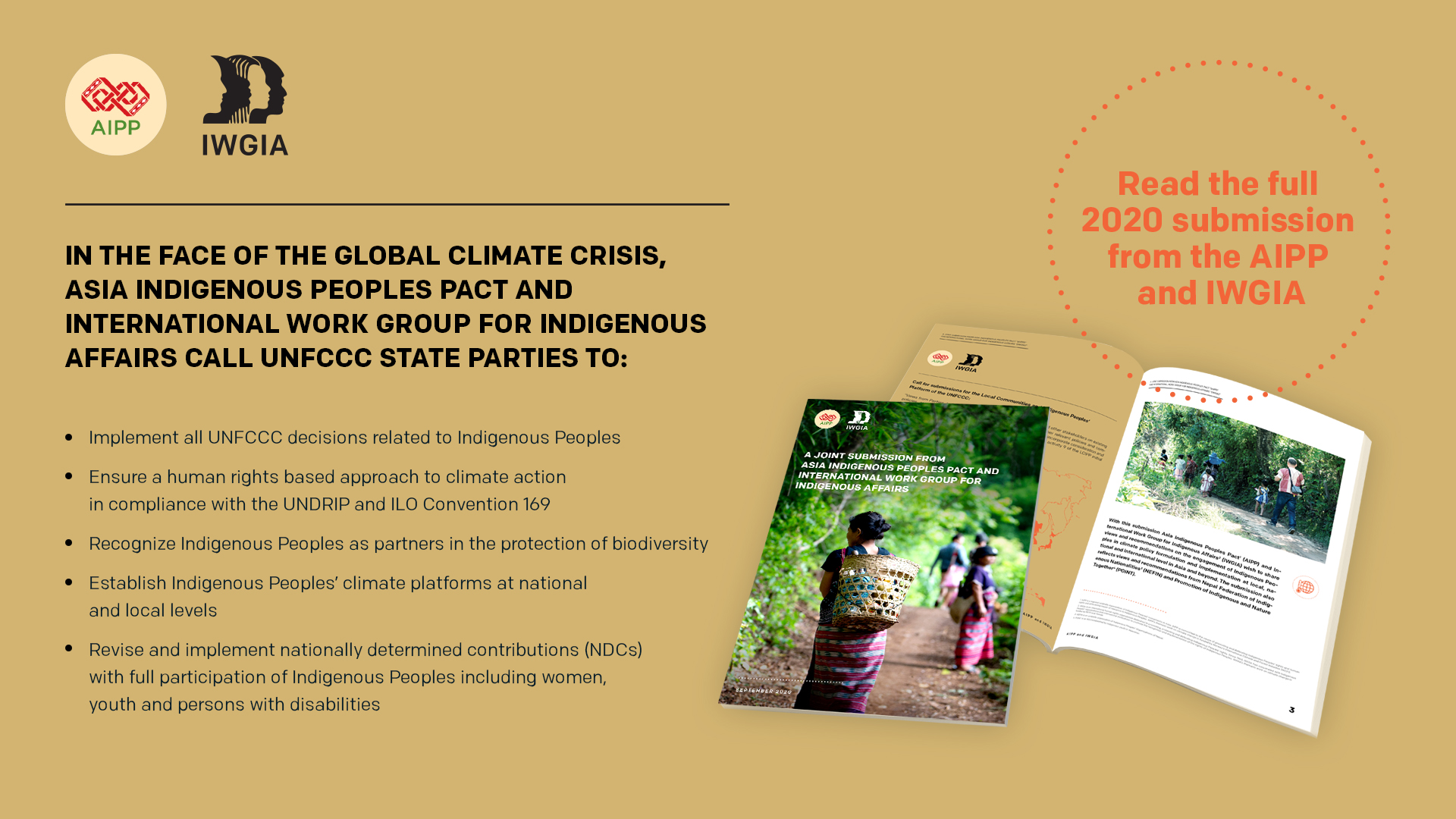