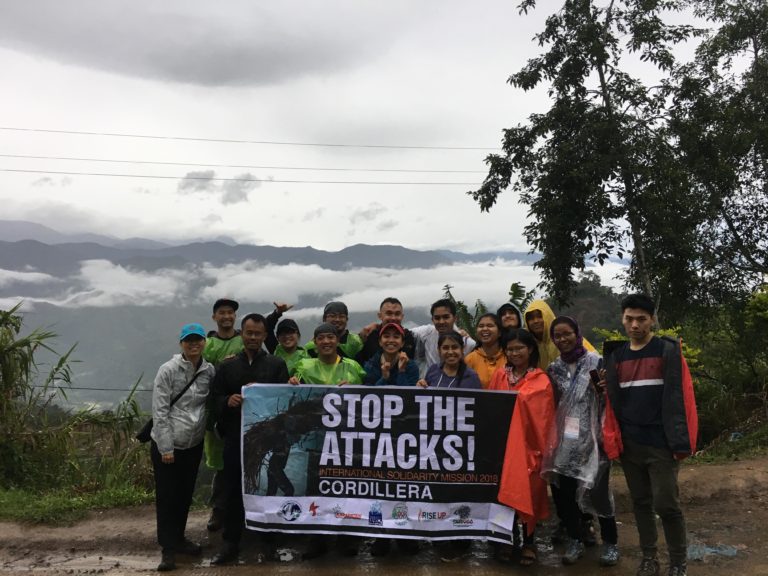 The Land is Life network and the Cordillera Peoples Alliance support the call of various organizations for a stop to the attacks against Land is Life South Asia Coordinator, Jiten Yumnam, and other indigenous human rights defenders. As organizations working for the advancement of indigenous peoples’ rights and welfare, we strongly condemn the attacks on indigenous peoples who are dedicating their lives for the protection of our ancestral lands and the environment, and the respect of human rights.

Jiten is a staunch environmental and human rights defender. Currently, the secretary for the Centre for Research and Advocacy – Manipur (CRA-Manipur) and a long-time solidarity partner of the Cordillera Peoples Alliance, Jiten is being subjected to harassment and intimidation by local state forces in Manipur, India. In a statement and complaint he submitted to the Chairperson of the National Human Rights Commission of India, he narrated the harassment that the Manipur police committed at his residence on August 13, 2018 where they verbally informed his mother of a pending case against him without written documents to support the claim and that he is being summoned to the Imphal West Manipur Police Commando Complex. Jiten and his family fear that such summons could result to arbitrary arrest and detention as a repeat of what happened to Jiten in September 2009 where he was detained and tortured in the same police complex.

The threat on Jiten’s safety has caused unnecessary anxiety and inconvenience for Jiten and his family. Quoting directly from the complaint Jiten submitted, “The repeated summon by police commandoes in my family also caused much tension and anxiety with my family members, including my children while disturbing my profession and creating a very deleterious impression among locals of my locality. The summon also constitutes a continued threat and harassment to human rights defenders in Manipur.”

The case of Jiten is happening in various parts of the world, with the crackdown on environmental activists and indigenous human rights defenders. In the Philippines and other countries in Asia, Indigenous Human Rights Defenders are facing gross human rights violations when all they do is to stand up against the corporate plunder of their ancestral domains. There is no difference for indigenous peoples in Latin America where indigenous leaders are criminalized for their strong opposition to the entry of extractive industries and other so-called ‘development’ projects in their communities.

The harassment, intimidation, arbitrary arrests and detention, torture, extrajudicial killings and filing of trumped-up charges against indigenous human rights defenders and environmental activists are clearly meant to discredit and silence indigenous peoples’ legitimate dissent and our struggle against threats to our lives and livelihood. However, indigenous peoples will never be cowed and will continue to defend our lands, forests, rivers, and right to self-determination for the sake of future generations and the wider society.

We echo the call of various civil society organizations to stop the attacks on activists, especially indigenous leaders who are in the frontlines of the struggle to defend the environment from destruction and indigenous peoples’ collective rights. We call on governments to truly recognize the decisive role of grassroots indigenous peoples in the protection of our global ecosystem.

We call on the local government of Manipur and national government of India to stop all forms of arbitrary summon, harassment, degrading treatment and torture of human rights defenders, including Mr. Jiten Yumnam and to repeal emergency laws that put at risk the security of indigenous human rights defenders, such as the Armed Forces Special Powers Act of 1958 and National Security Act of 1980.

Stop criminalizing indigenous peoples and put an end to the exploitation and plunder of indigenous territories!