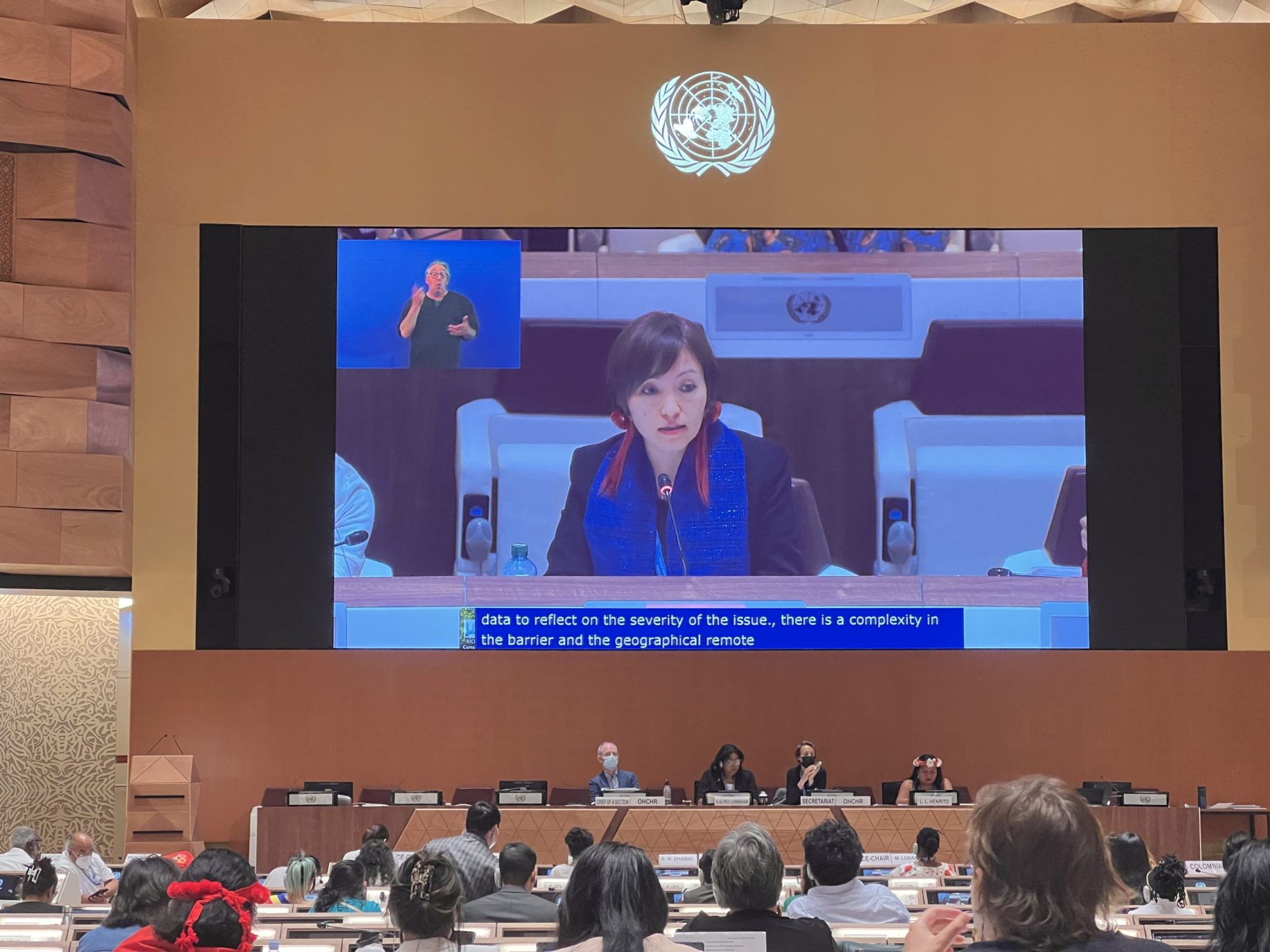 Expert Mechanism on the Rights of Indigenous Peoples Fifteenth session

I am Dr. Elizabeth Imti of Network of Indigenous Women in Asia, presenting the statement on behalf of Asia Indigenous Peoples Caucus.

Globally, Indigenous Women over-represent victims of sexual harassment and gender-based violence with limited access to the justice system. Violence against Indigenous women (VAIW) is not limited to gender-based discrimination within Indigenous and non-Indigenous sphere but is also contributed by ongoing colonization and militarism; racism and social exclusion; and poverty-inducing economic and development policies. The practice of law enforcement by states and authorities has discouraged Indigenous women from seeking justice. Indigenous women have a fear of reprisal in reporting their cases of violence. They are often uncomfortable being part of a humiliating justice system collection in an insensitive and culturally inappropriate setting. Since many states do not recognize Indigenous Peoples, there is a lack of disaggregated data to reflect on the severity of this issue. Besides, most cases are always silenced and unreported due to language barrier, complexity in justice mechanisms, and geographical remoteness.

For example, a report of Bangladesh Indigenous Women Network (BIWN), recorded 86 incidents of violence against Indigenous Women in Bangladesh from 2020 to 2021, out of which 31 cases were not reported and 22 perpetrators were not arrested. Conservative policies remain, such as Section 277 of Thailand’s Criminal Code, which gives alleged rapists the option to marry their underage (13 to 15 years old) victims in lieu of criminal punishment.

Indigenous women have been organizing themselves to address violence devising innovative ways, such as robust documentation, rehabilitation support, lobbying with governments, exposing the activities and impact of militarisation, development projects etc on women, organizing healing workshops, among many other initiatives.

Therefore we urge the states and UN bodies