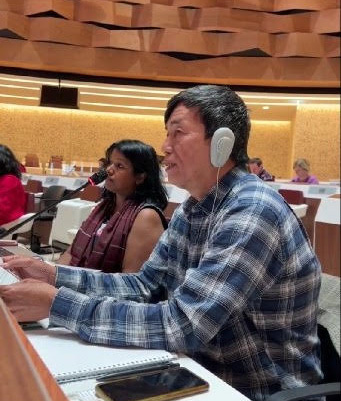 We, the Indigenous People in Asia, welcome the United Nations’ General Assembly’s declaration of 2022-2032 as the International Decade of Indigenous Languages from 2022 to 2032. It is a crucial step towards conserving and developing the language of minorities worldwide.

In most states, education is in the language of the majority, and the languages of minorities are neglected and suppressed, which affects the early education of indigenous children. Digital education materials deployed during the pandemic were usually available only in majority languages, leading to learning loss among indigenous youth and higher drop-out rates.

We urge the Expert Mechanism, UNPFII, and UNESCO to call on States to: