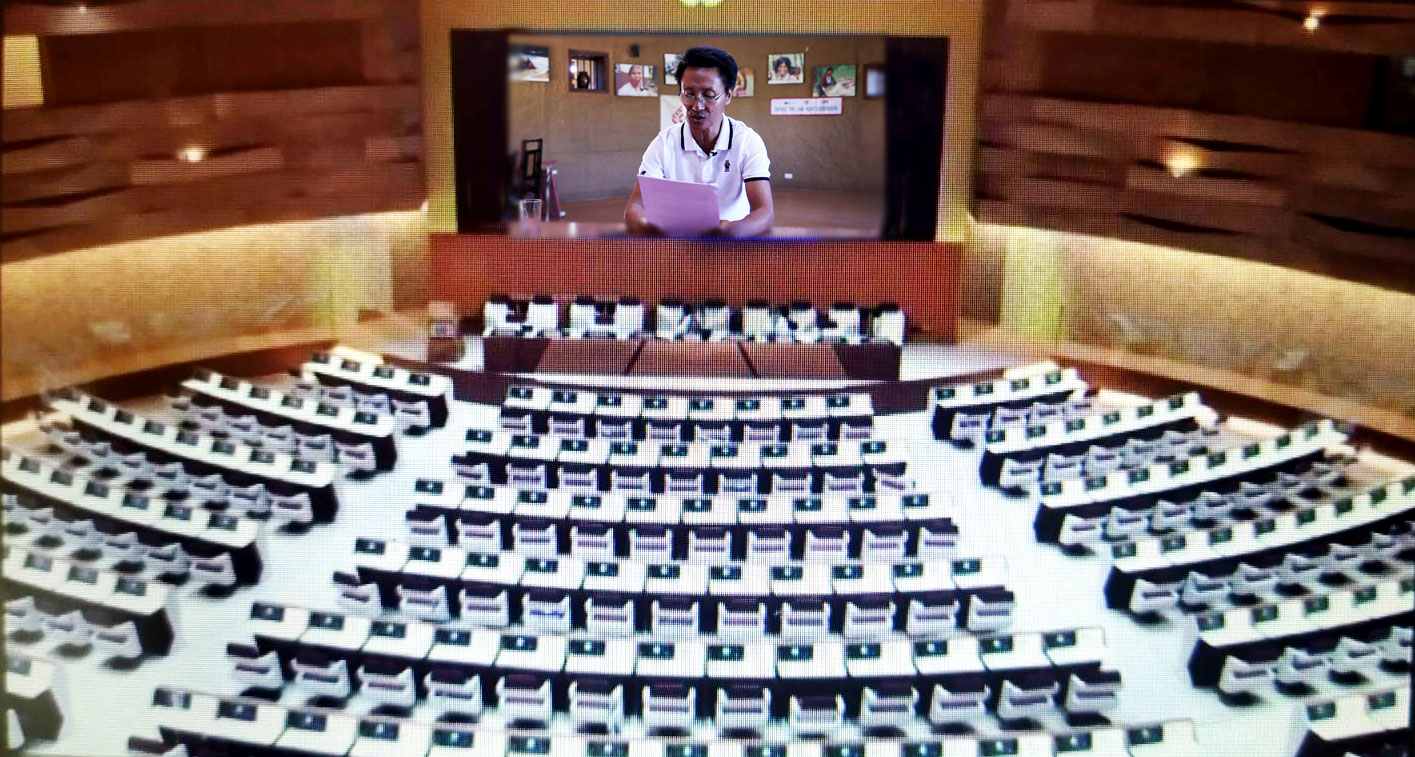 I am presenting this statement on behalf of the Asia IP Caucus to provide EMRIP with a situation on the enjoyment of the right to self-determination post-UN General Assembly adoption of the UN Declaration in 2007 and recommendations thereby for EMRIP to take note.

The commitment to self-determination enshrined in the Declaration on the Rights of the Indigenous Peoples by the UN General Assembly and adopted by majority of the governments in Asia, is yet to be realized in a substantive sense. The implementation of self-determination in a true sense founded on Indigenous community-based organic form of democracy is a far cry. The non-recognition on IPs is one major challenge towards achieving this end.

But more and more groups in Asia identify themselves as Indigenous Peoples and also applying the UNDRIP and other international standards in their own country context in self-determining their collective lives through culturally appropriate means.

While most nation states in the region have adapted and integrated legal provisions to support the recognition of ethnic minorities living within their borders, Indigenous Peoples – and Indigenous identities – are not fully recognized and consequently do not enjoy the full spectrum of rights enshrined under the UNDRIP and other relevant international standards.

Autonomy and self-determination are crucial for the survival and continuity of Indigenous Peoples. Many Indigenous groups in Asia have signed several agreements and peace accords but implementation is minimal and many issues are exacerbated.

The ongoing failure of the governments to ensure lasting peace, justice and accountability is one of the main causes of conflict and violence. The impact of historical injustices, often without redress or reconciliation, is a major reason for the continued marginalization of Indigenous Peoples. This is also reflective of the failure to see UNDRIP as an instrument to build democratic and inclusive institutions by member states. The complete breakdown of the political situation in Myanmar is a case in point.

In the Northeast region, India alone, the government have signed twelve peace accords with five different Indigenous Peoples, but it has been a history of broken accords.

Some recent examples of recognition, reparation and reconciliation initiatives that specifically deals with Indigenous Peoples in Asia include the following:

Other relevant processes include the promulgation of the Constitution of Nepal (2015), the recent bill approved by Japan’s cabinet recognizing the Ainu people as “Indigenous People” and the ongoing federalism discourse in the Philippines.

These conditions are important in facilitating an enabling environment for the Indigenous People in full enjoyment of their rights to self-determination.

In this context, we recommend the EMRIP