EMRIP15: Item 3 – Study on Treaties, agreements and other constructive arrangements, between indigenous peoples and States, including peace accords and reconciliation initiatives, and their constitutional recognition 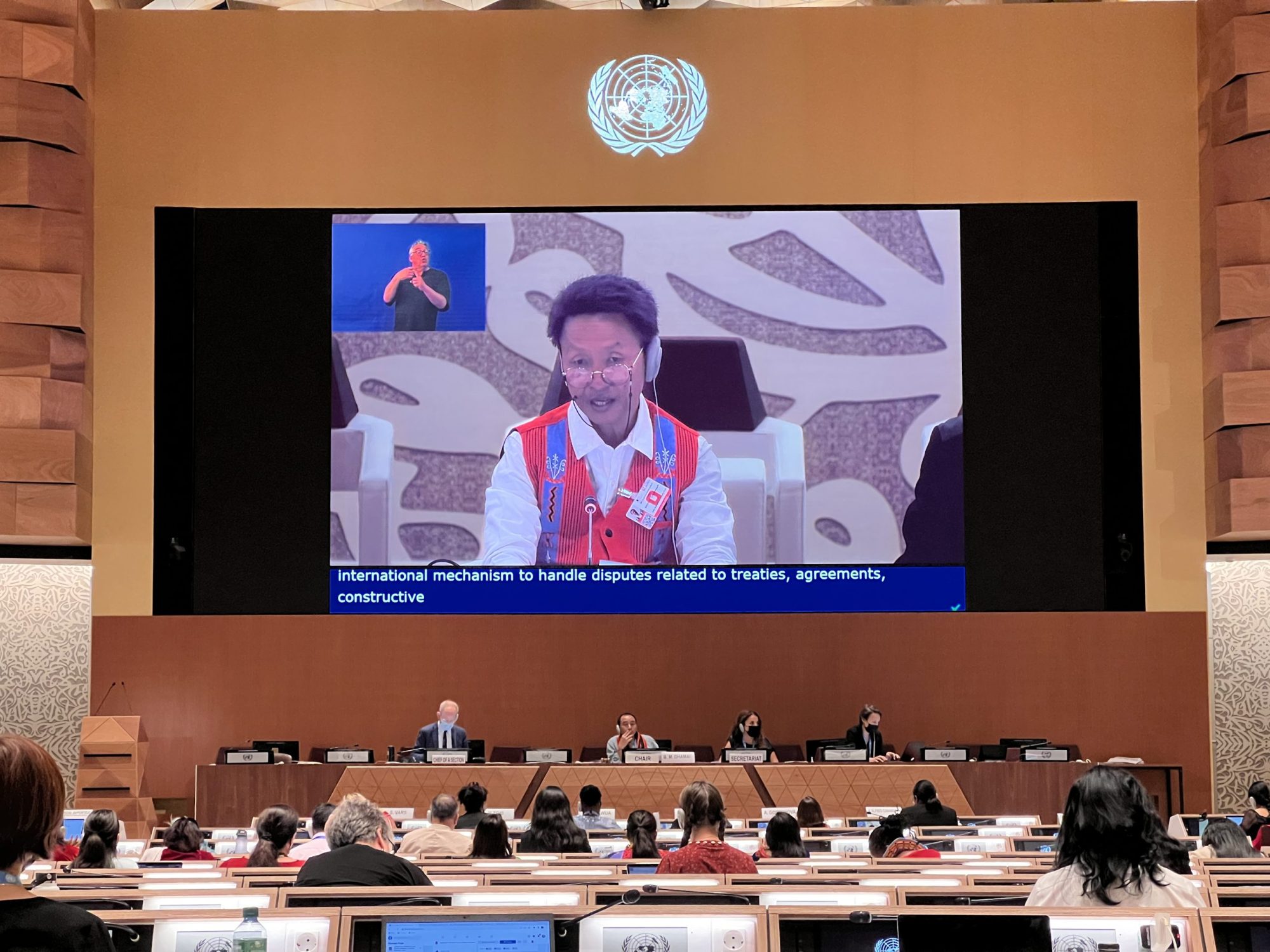 15th session of the Expert Mechanism on the Rights of Indigenous Peoples
04–08 July 2022
Geneva, Switzerland
Item 3: Study on Treaties, agreements and other constructive arrangements, between indigenous peoples and States, including peace accords and reconciliation initiatives, and their constitutional recognition

Statement on behalf of Asia Indigenous Peoples Caucus
Presented by
Gam A. Shimray

The commitment to self-determination enshrined in the Declaration on the Rights of the Indigenous Peoples is yet to be realized in Asia.

While some states in the region have enacted provisions to support the recognition of Indigenous Peoples, it is far from realizing the spectrum of rights enshrined under the UNDRIP and other relevant international standards. Even the watered-down agreements and peace accords signed are ignored or poorly implemented. In the Northeast region of India alone, the government has signed twelve peace accords with five different Indigenous Peoples, but it has been a history of broken accords. Other examples include the non-implementation of the Chittagong Hill Tracts Accord (1997), breakdown of the democratic transition in Myanmar and the abuse of the Indigenous Peoples Rights Act of the Philippines, etc.

The failure of states to ensure lasting peace, justice and accountability is one of the main causes of conflict and violence. This is also reflective of the failure to see UNDRIP as an instrument to build democratic and inclusive institutions by member states.