Twenty civil society organisations in Cambodia have called on the Mekong River Commission to delay a regional forum to discuss the building of the Pak Lay hydropower dam in Laos.

The collapse of Xe Pian Xe Namnoy Hydropower Dam in July prompted the group to issue a joint statement yesterday calling on the MRC to delay the forum planned for September 20 to 21.

The statement said that there are outstanding concerns that must be addressed by the MRC, such as issues regarding the Xayaburi, Don Sahong and Pak Beng hyropower dams in Laos.

The group said that the most notable concern is the collapse of the Xe Pian Xe Namnoy hydropower dam that resulted in extensive deaths and the displacement of thousands of people in Laos and Cambodia.

“This tragedy has led to further major concerns over the standards and safeguard mechanisms of hydropower projects in Laos and the accountability of developers and investors that need to be comprehensively reviewed before any further hydropower construction continues in the lower Mekong basin,” the statement said.

In response, the MRC said that discussions can be held during the forum scheduled for later this month, noting it will not delay the talks.

“The MRC will not delay the process as member countries have all agreed that it should move forward,” it said. “Previous cases may look unresolved, but a lot of work has been done so far. In fact, the upcoming forum in Vientiane will address all issues and concerns raised by the civil society organisations.”

The MRC last month issued a roadmap for the consultation process on the proposed dam in Laos.

The MRC has invited all stakeholders, including civil society organisations in the region, to attend the consultation process scheduled on September 20 and 21 in Vientiane, Laos. 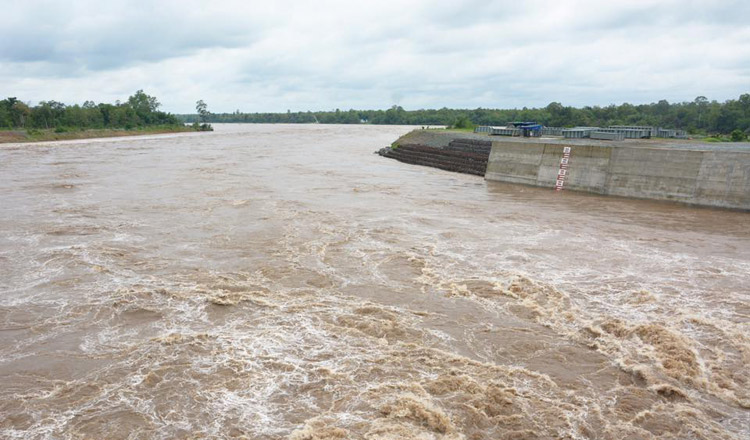 NGO Forum coordinator Mak Bunthoeurn said that if the MRC fails to delay the consultation process, the 20 civil society organisations will conduct a boycott.

“It is not the first time for us, we have already participated three times since 2011 for the Xayaburi, Don Sahong and Pak Beng Hydropower Dams,” Mr Bunthoeurn said. “At the time, national and regional civil society organizations provided input and some suggestions for the MRC as well as the country requesting for the dam project to consider and respond to our concerns.”

He noted that the MRC has not provided clear solutions to the problems of hydropower dams in Laos.

“Up until now, we have not yet seen any action from the MRC and Laos,” Mr Bunthoeurn said.