Cambodia: Communities petition President of China to intervene for cancellation of sugarcane concessions of Chinese companies in Preah Vihear 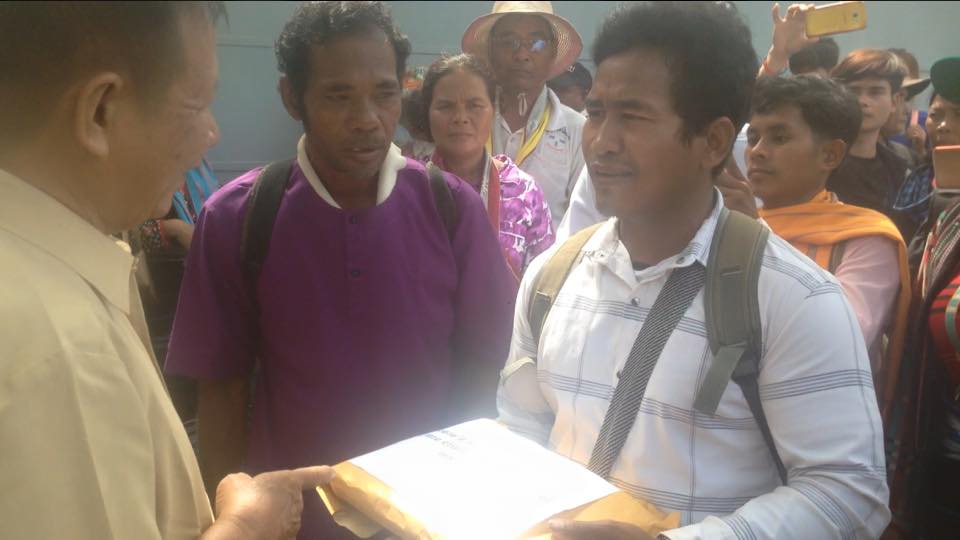 40 representatives of communities in Tbeng Meanchey, Chhep and Chey Sen districts in Preah Vihear province, Cambodia impacted by a massive land grab by Chinese companies for sugarcane plantation today brought a petition to the Chinese Embassy in Phnom Penh to convey to the President of China. Eight people affected by other economic land concessions also joined them in solidarity.

The petition, carrying the thumbprints of 3,128 people directly impacted by the concessions of five subsidiary companies of Guangdong-based Hengu Sugar Industry, and 176 supporters from other communities in the province, called on the Chinese government to review whether the five subsidiaries of Hengfu are abiding by the Chinese Government’s environmental guidelines and international human rights standards and to remove the companies from their lands.

At the main Embassy building, five representatives of the petitions were soon allowed into the Embassy, bringing the petition. Inside the Embassy they spoke with Embassy personnel for more than one hour. Outside, people stood in an orderly fashion holding banners along the side of the road (one of the city’s main boulevard’s), where they could be seen by large numbers of passers-by. There was no effort to disrupt them. 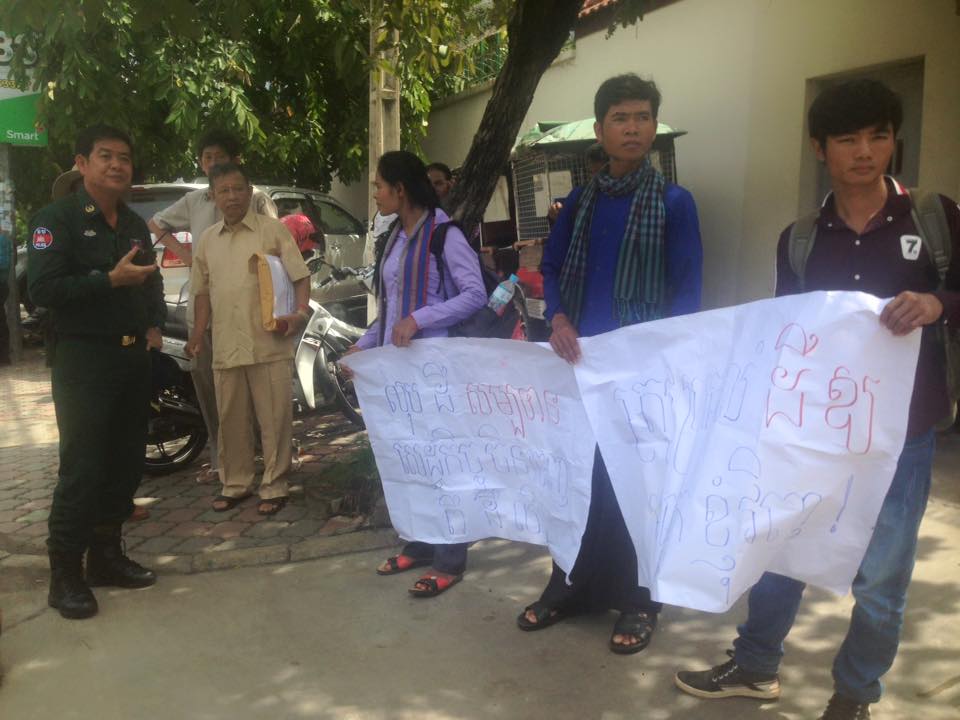 The Embassy personnel told them to take the petition to submit at the Chinese Embassy’s Economic and Commercial Counselor’s Office, and police escorted the entire group the short distance there in tuk-tuks. There, an officer received their petition and signed and dated a copy of the petition, which he returned to the community representatives, to indicate that he had received it. The group put up banners for about an hour, and reporters from the Cambodia Daily, Phnom Penh Post, Radio Free Asia, and other media outlets interviewed them.

Read the petition of the communities in English and Mandarin