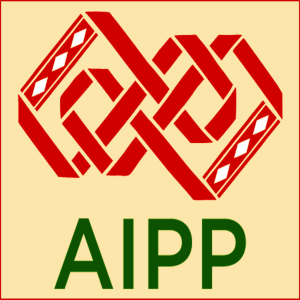 Call for The Participants: The Regional Training Course on Indigenous Peoples’ Self-government and Democracy

At the heart of Indigenous Peoples’ struggle is the recovery of their right to self-determination because it underpins the enjoyment of all other rights in our context. The capture of our lands and taking over of our right to self-government by outsiders have caused immense destruction and tragedy and have destabilized our societies.

We are colonized peoples. It makes little difference whether we were forced to live in countries created and ruled by the descendants of settler colonialists from overseas, or like in Asia, in countries created after the colonizers had left and that are now ruled by the elites of the dominant society. What all Indigenous Peoples have in common is the experience of discrimination, dispossession, and disempowerment that follows colonization.

Many of our communities have been forcefully relocated, our lands have been taken away, forests have been destroyed, mountains mined, valleys dammed and flooded. Children are forced into schools where none of our languages are spoken, none of our knowledge and values are taught. And we are all forced to live under governments that are not our own, in which we can hardly participate, and on which we have no influence.

Even in our own communities, we have lost control over our lives and destinies. Our own forms of self-government, leadership and decision making are not recognized, and have been replaced by village leaders, councils and committees who may have been appointed by the government or whom we were forced to elect in ways alien to our culture, creating confusion and divisions, and fostering elitism and corruption.

The loss of self-government in our communities accelerates social disintegration, alienates us from our roots, it robs us of our capacity to collectively identify and address our problems and needs, to envision a better future and find the path that can lead us there.

In the international arena, the adoption of ILO Convention 169 was the beginning of recognizing the unique history and situation of Indigenous Peoples focusing on our security and cultural integrity. Further, by adopting the UN Declaration on the Rights of Indigenous Peoples (UNDRIP), states recognized Indigenous Peoples’ unique characteristics and distinct worldviews, and our right to self-determination.  However, our unique characteristics and systems of governance, that sprang from intimate association with our lands, are not yet part of the architecture of the states in Asia.

For the duration of the indigenous rights movement in the post-colonial period, civic spaces and governance structures at national and international levels have excluded our institutions and practices and ways of knowing and being. In essence, the state structure and civic space has always been closed to Indigeneity, and current regional and country-level developments further risk marginalizing us at a time when states are rapidly shifting towards authoritarianism and autocracy in Asia.

In other regions, for example in Latin America, United States, Canada and New Zealand etc, the discourse on right to self-determination of Indigenous Peoples has opened new frontiers and understanding, creating the opportunity to re-examine institutional designs of the state and the challenges to contemporary democratic practice and pluralism. What is important in this is also that by examining the underlying worldviews, values and principles upon which indigenous political systems and customary laws are predicated, new insights for addressing both the challenges of institutions and shrinking civic space could emerge.

It is in this context that Asia Indigenous Peoples Pact (AIPP) is launching its first Regional Course on Indigenous Peoples’ Self-government and Democracy on 27.October-14 Nov 2021 to engage in reflective conversation and build the capacity of indigenous leaders, scholars, and organizations in Asia[1].

Statement of Goal and Objectives

There are two reasons for this state of affairs; one, the inherent nature of the pluralist modern state to undermine the validity and efficacy of the customary laws, indigenous social systems, and indigenous society.  And two, Indigenous Peoples themselves, especially their leaders, who have tended to accept the ‘superiority’ of ‘modern’ knowledge systems, and who have given higher regard and value to the doctrines and values of the dominant religions, of which they are now followers.

Nevertheless, there is a very strong desire and movement to revive Indigenous Peoples’ sovereignty–and with it, its knowledge systems–in order to reclaim, and recover, the strong system of indigenous governance that once prevailed in Indigenous societies.

To successfully do this, Indigenous Peoples from the grassroot level to the country and regional levels, need to be re-trained, even re-educated, so that through the decolonization of the mainstream governance system, the Indigenous Peoples’ self-governance is given its rightful and needed place.

This course on Indigenous Peoples’ Self-government and Democracy is aimed at filling the void, created by the loss of indigenous sovereignty, for those wanting to revive and recover Indigenous Peoples’ governance systems. It is also aimed, through critical reflection, at identifying and recognizing the importance of the core values governing and organizing indigenous societies. Inspiring creativity and finding ways to re-install their values would be the first step towards achieving an alternative (Indigenous Peoples) way of governing.

Overall objective of the regional course

To prepare a pool of Indigenous leaders who are schooled in the knowledge and practice of Indigenous governance systems, such that the nucleus for a regional movement for Indigenous sovereignty, self-determination and democratization can be consolidated and advanced in Asia.

Course Participants and Criteria for selection

In the pilot phase, four course participants each will be selected from Malaysia, Nepal, North-East India, and Bangladesh. In addition, there will be three participants from the AIPP Secretariat as part of their capacity building. The following are the criteria for the selection of the course participants and exceptions may be made by the Selection Committee:

Benefits for the participants:

Daily allowance as per AIPP’s policy will be provided to the participant for the days of the course.

Selection Process of candidates for the course:

The applicants will fill in the attached application form and submit it with a curriculum vitae and endorsement letter of AIPP’s member-organizations in Nepal, Bangladesh, Northeast India and Malaysia to AIPP via these emails: [email protected] and [email protected] by 30 September 2021.

[1] The target of the course is for the 14 countries of AIPP, and this pilot phase will cover Malaysia, Nepal, India and Bangladesh (2021).