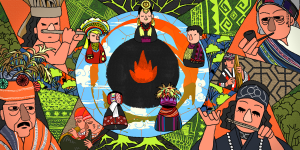 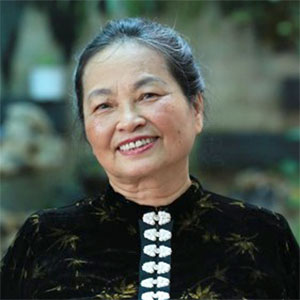 Our Vietnam Indigenous Knowledge Network, VTIK has gained significant achievements in awareness-raising, revitalizing, and advocating on Indigenous languages such as Thai, Dao, Mong, and Muong to communities. The Thai language is now recognized and allowed by the government to teach in primary school in Dien Bien and Son La Provinces. The Dao, Mong, and Muong languages are permitted by the provincial government and widely learned in the communities. We encouraged our Indigenous Sisters and Brothers to wear their traditional costumes in all the events of VTIK. Gradually they started feeling proud and are now pioneer in wearing traditional costumes and as result, more and more women and men also wear in their communities. In Thanh Son commune, Thanh Hoa province, children in primary school wear Thai traditional costumes every Monday. Vietnamese indigenous communities and VTIK members have very rich Indigenous Knowledge and traditional practices relating to natural resources management, particularly in the conservation and sustainable use of biodiversity. The ban on the practice of shifting and slope cultivation, and the spread of hybrid and Genetically Modified Organisms (GMOs) facilitated the disappearances of various Indigenous species. VTIK members at their respective communities are taking action and initiative to protect of natural resources, restore indigenous seed and species varieties such as mango in Yen Chau Province, sticky rice and black chicken in Yen Bai Province, taro, and duck in Thanh Hoa Province. For more than 14 years of its development, the VTIK network has highly built its reputation and expanded activities from one Thai group to another 11 Indigenous groups in the 15 provinces of Vietnam. VTIK has become a core group for the Indigenous Peoples’ movement in asserting their rights to culture, especially Indigenous Knowledge and traditional practices relating to the conservation of natural resources. 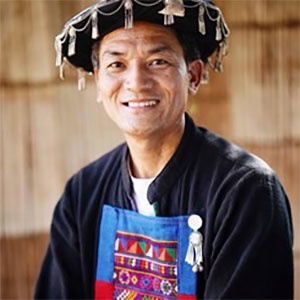 He is the Akha village chief and leader of Pa Kia Village, Chiang Rai Province, and the Chair of the Highland Environmental Management Network (HEMN)

“Biodiversity carries significant importance for Indigenous Communities. We rely on biodiversity to function in our daily lives, conduct our ceremonies, traditions, and culture. Our lifestyles also foster biodiversity. We use our Indigenous Knowledge, wisdom, and culture in managing our community biodiversity in creating future sustainability." 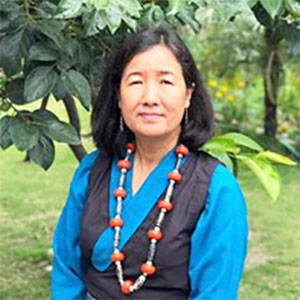 Our ancestral land, forest, and water resources are our lives, culture, identity, and livelihoods. We have been managing our natural resources, biodiversity, and environment through our Indigenous Knowledge, customary practices, and traditional institutions. We have been transferring our knowledge, skills, cultural values and live with self-respect and dignity from generation to generation. We have our own traditional healers such as Amchi in the Mountain Indigenous Peoples’ Communities and have been providing medicines and necessary treatments without any fixed charges, accept anything offered and available at any time in the community. We believe in the nonviolence principle (Shakya Tradition in Tsum Nubri, Gorkha) and living in harmony with nature. Both domestic and wildlife are our friends living together without harm to each other. But today we have been facing challenges to protect and continue our Indigenous Knowledge, customary practices, and traditional institutions due to modern education, urbanization, conservation, development policies, and globalization. For the sustainable management of the natural resources, biodiversity conservation, and environmental protection, legal recognition of Indigenous Peoples’ cultural practices and customary institutions with a self-governance system is crucial. We, Indigenous Peoples are part of the solution. 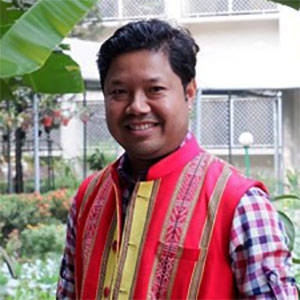 "We, Indigenous Peoples consider nature and the forest as our life, culture, worship and everything. We can never separate nature and forest from our life. Therefore, we nurse the forest and protect it for our own and generations to come." 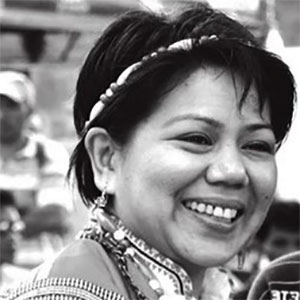 “Indigenous Peoples are defenders of Mother Earth. For centuries, our values and practices have sustained and cared for the environment and kept biodiversity balance. Our life, our culture, and our identity are linked intimately to our lands and territories, to the environment. Our environment shaped and shapes our ways of living. Colonialism and capitalism have wrought havoc upon Mother Earth, eroding our symbiotic relationship with the land. It has cut down our forests. It has dammed our rivers. It has ravaged our mountains. All these at the expense of Indigenous Peoples' lives and livelihoods and other vulnerable communities to satisfy the greed of big businesses tied with governments for profit. Indigenous Peoples around the world are actively defending Mother Earth. The rightful assertion of our inherent collective rights over our land, territories, and ways of life made us targets of state and corporate attacks. The Covid-19 pandemic, worsening economic crisis, and intensified repression call on us to strengthen our unity and solidarity beyond country borders. Let us support ongoing initiatives and campaigns. Let us join our voices together, not only as key development actors but as protectors of Mother Earth.” 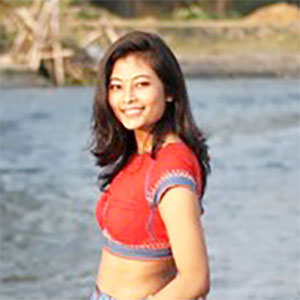 She is an environmental activist holding Masters’ degree in Environmental Science from Jawaharlal Nehru University, India and is the awardee of the Silver Jubilee Scholarship. Barsha is passionate about research and advocacy for environment protection as well as the rights of indigenous Peoples and women. In the year 2016, she won title of Miss Nepal International 2016, the first ever awardee from Tharu community and represented Nepal in Miss International held in Japan where she won Missology's Choice Award. Same year, she was nominated as a Goodwill Ambassador for the Clean Up Nepal Campaign. She worked as National Indigenous Peoples Fellow in UNDP-GEF- Small Grants Programme. She is also appointed as Advisor in Earth Day Network, Nepal)

“We, Indigenous Peoples, often inhabit the most biodiverse ecosystems of the Planet. Our sustainable way of living is in harmony with nature. We manage our resources sustainably using our time-tested Indigenous Knowledge. The flora and fauna found in our territories have traditional and cultural values. We, Indigenous Women are the holders and practitioners of the knowledge about medicinal plants, indigenous seeds, and foods. We have for hundreds of years, fit ourselves so well with the surroundings that we live with nature as one system. Therefore, it is crucial to respect and recognize the rights of Indigenous Peoples including Indigenous Women during the formulation, implementation, and monitoring of any policies on conservation and development.” 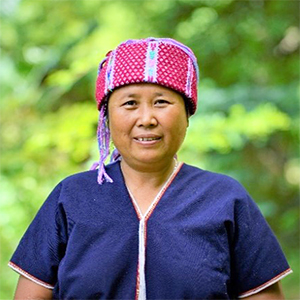 “We, Indigenous Peoples are taking care of our forests from forest fires and human who wants to destroy it. Our life is close to nature. We live in harmony with nature. Therefore, where Indigenous Peoples are, so too are forests. We have been using our beliefs, culture, and knowledge systems to sustainably manage our resources from generation to generation. Indigenous women have a crucial role in our communities as we know where to find food and medicines. We know how to collect and preserve them. We do not collect or hunt during breeding time. We are making sure that there is enough time for animals and plants to rest and restore. We tell our husband and male members of our community not to hunt pregnant animals. Besides that, throughout our cycle of life (birth, sickness, and death) we conduct rituals, and people are not allowed to go hunting or collecting Non-Timer Forest Products (NTFPs). The respect and recognition of our Indigenous Knowledge and customary land tenure are important for us to maintain our historical stewardship with nature and continue practicing our low carbon way of life. Therefore, any actions to combat climate change, address the loss of biodiversity, and achieve sustainable development shall include and explicitly highlight culture and tenure of Indigenous Peoples as part of solutions.”