Between 1979 and 1984, the government of Bangladesh considering the territory of Jumma indigenous peoples (the Chittagong Hill Tracts) as a virgin territory, settled 350,000 to 450,000 landless Bengalis in the region. The colonization has been accompanied by evictions, arson and violence. Sexual assaults on Jumma women and girls have been used as a way to terrorize communities and force them to leave their homes. The Jumma’s resistance to the colonization unleashed a war that left more than 10,000 victims. In spite of the signature of a Peace Accord in 1997, evictions, arbitrary arrests, tortures, executions, harassment and sexual violence are still going on against Jumma people.

By launching a petition for the international day of peace, international human rights organizations and Jumma associations call the Prime Minister of Bangladesh to respect the Peace Accord and put an end to violence against Jumma people. Help us to act in favour of the Jumma people by signing the petition http://peaceforjummas.wesign.it/en and by spreading this campaign around you. Raise the awareness on the Jummas by sharing the #peaceforjummas.

Together, we can act for the respect of Jumma indigenous peoples!

You will find beneath messages that you can diffuse on the web and on your social networks. Feel free to adapt them!

It’s international day of peace: sign the petition #peaceforjummas to support the Jumma people of Bangladesh who are evicted from their lands, victims of arbitrary detention, harassment, torture, sexual violence and executions. Let’s together put pressure on the Prime Minister of Bangladesh for the respect of the Peace Accord of 1997 ! http://peaceforjummas.wesign.it/en

In order that this tweet be sent the same day at the same hour on hundreds, thousands of Twitter accounts, join our thunderclap!

For the international day of peace, support the Jummas, indigenous peoples of Bangladesh 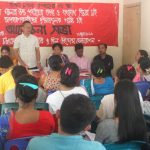 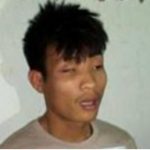 Though the death of Romel Chakma on 19 April 2017 went viral with the social media and caused heightened agony among the masses, no national …

No new related news yet!!!

No new related videos yet!!!