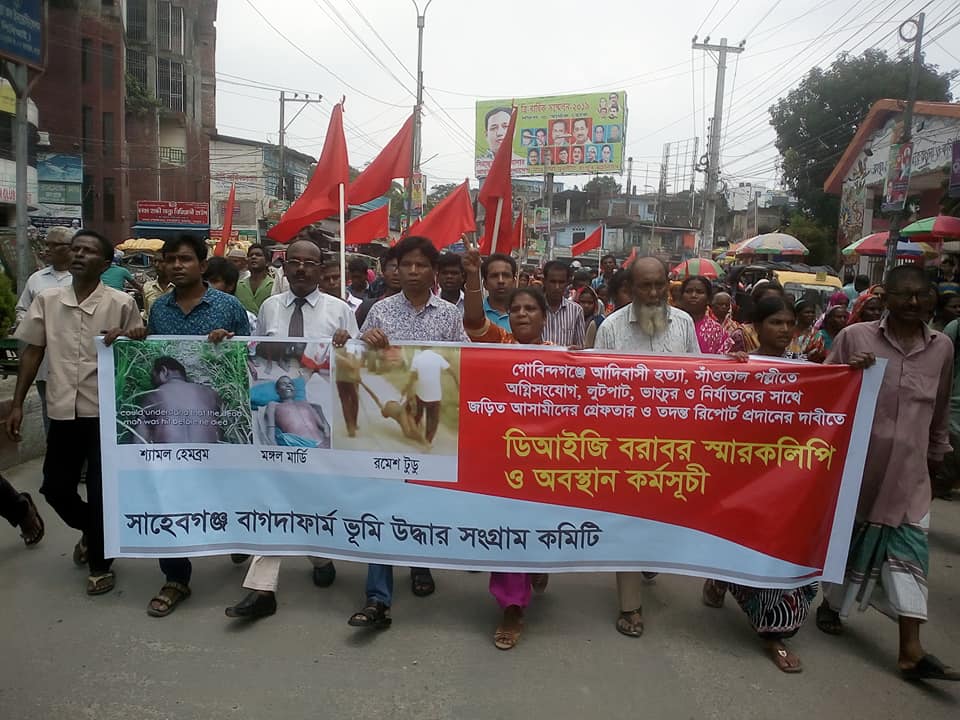 Santals from Rangpur divisions submitted memorandum to Deputy Inspector General of Police (DIG) of Rangpur Range Devdas Bhattacharya, around 12:30 pm on 17 July 2019, demanding immediate submission of the probe report in connection with the incident that killed three Santal men in the police firing at Sahebganj Bagda Farm under Gobindaganj upazila in Gaibandha district on November 6, 2016. 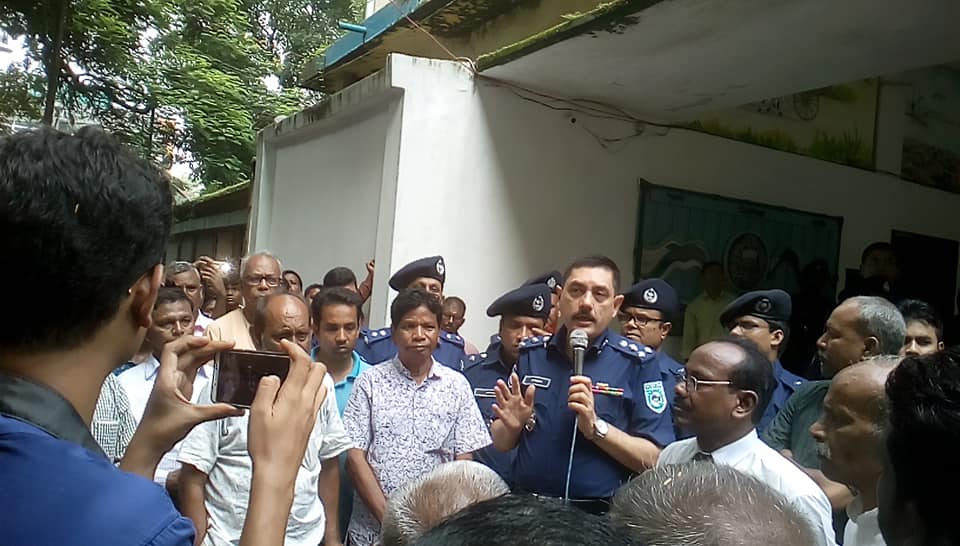 In the memorandum signed by Philimon Baskey and Jafrul Islam Pradhan, President and General Secretary of Sahebganj Bagda Farm Bhumi Uddhar Sangram Committee respectively, Santals claimed that almost three years have already gone past by the violent attack against the Santal and the Bengali farmers at Sahebgonj Bagda-Farm, but Police Bureau of Investigation (PBI) authority did not submit the investigation report yet which is direct violation of the order of the High Court Division of the Supreme Court. Besides, the investigation authority did not take the confession statement of victims and eye-witness under Section 164 of the Criminal Procedure; the police member who set fire on the Santal’s houses were not arrested and brought under trial yet; the authority failed to arrest the corrupt Sugar Mill officials who were involved in leasing off the Mill’s land violating the terms and condition mentioned in land acquisition documents, etc. 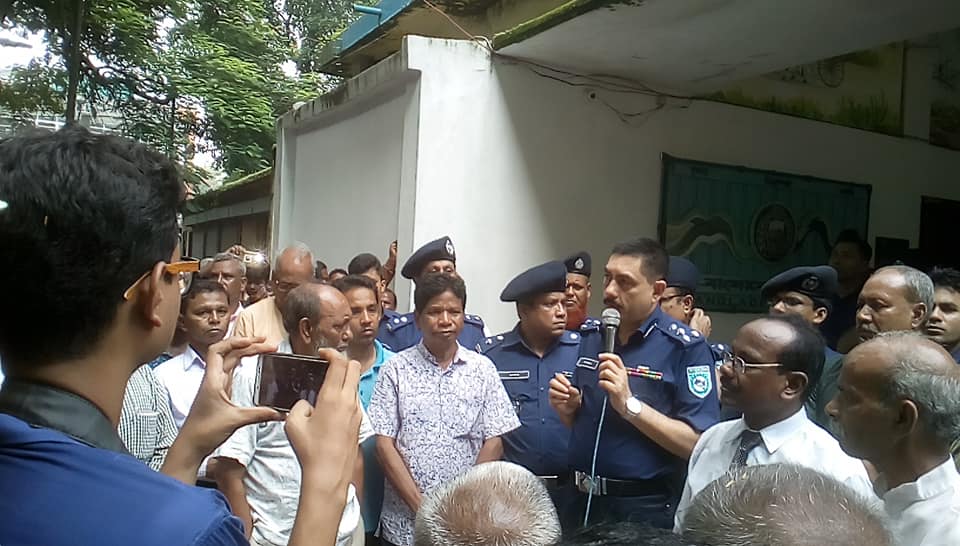 Rabindranath Soren, President of Jatiya Adivasi Parishad (JAP) alleged that ‍by taking the advantage of PBI’s delay-dallying in submitting the charge-sheet, Rangpur Sugar Mills authority and its goons are planning to destroy the evidence in the case. As a result, there is considerable reason to inhabit a fair and impartial investigation. He demands immediate arrest of accused persons identified and involved in the case. 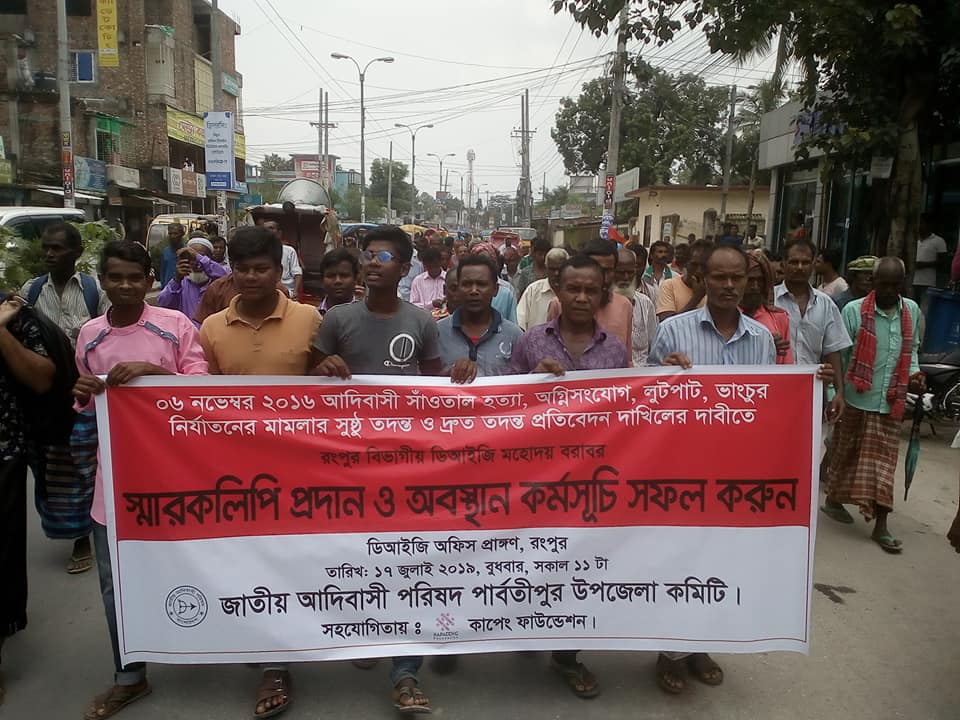 Before submission, hundreds of Santals paraded from Shapla Chattar towards the DIG-office premises of Rangpur Municipality hosting red flags, placards, banners and festoons. 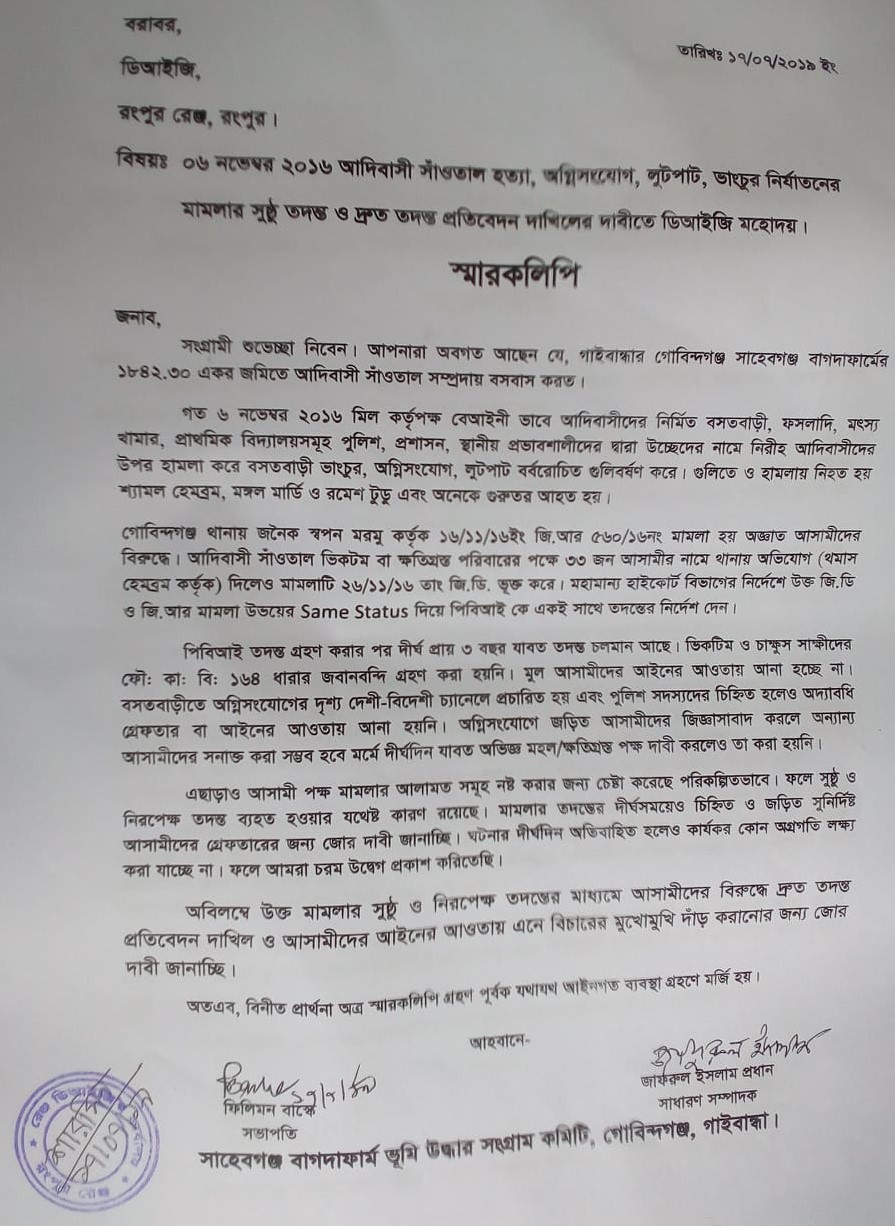