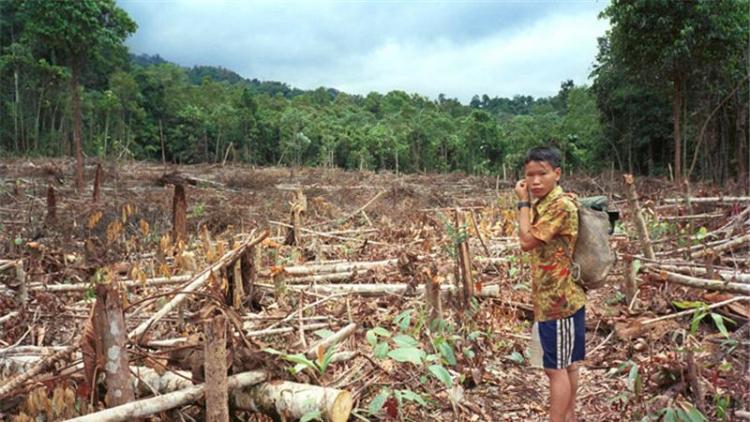 The home of the world’s remaining forests, the planet’s biodiversity and rivers are in indigenous peoples’ territories. However, rampant large-scale development projects without regard to the environment and the indigenous peoples inhabiting these, are threatening to wipe out population and extract resources.

In order to address climate change, combat deforestation and achieve Sustainable Development Goals (SDGs), the Asia Indigenous Peoples Pact (AIPP) stresses on the need to recognize the collective land rights of indigenous peoples. “On the occasion of International Day of Forests, we call on the representatives of indigenous peoples, civil society organisations and governments to actively participate and support the global call to action on indigenous and community land rights to double by 2020 the global area of land legally recognized as owned or controlled by indigenous peoples and local communities,” stressed Ms. Joan Carling, Secretary General of AIPP.

Our rivers and lands are expropriated for dams without Free, Prior and Informed Consent (FPIC). In India, indigenous peoples represent at least 40% of people displaced by development projects including large dams. Only recently in Manipur, Northeast India, despite the indigenous peoples’ and global protest against the full construction of the Mapithel Dam, the Thoubal and the Barak Rivers continue to be blocked for the completion of the dam project, submerging thousands of hectares of agricultural land, forest areas and grazing grounds, causing untold hardship on villagers. In 2011, the Bakun Dam in Sarawak displaced 10,000 indigenous peoples and flooded 700 sq. km of land. At least 12 dams being planned along traditional lands of indigenous peoples in Sarawak will create adverse cultural, economic and environmental impacts. The plan of the governments of Laos, Cambodia, Thailand and Vietnam to build 11 large dams on the Lower Mekong River will displace around 106,000 people, destroy the river’s rich biodiversity and threaten food security of millions of people. In northeastern Cambodia, hundreds of indigenous peoples are resisting the Lower Seasan 2 dam that threatens communities’ livelihoods, food security, cultural practices and beliefs. The classification of dam as a clean and green energy has sparked a race to build at least 200 dams across Asia.

Ms. Carling highlighted, “There should be moratorium to all proposed dams. Any plans and programmes on our rivers and lands must undergo a consultation process based on our right to FPIC as stipulated in the UN Declaration on the Rights of Indigenous Peoples (UNDRIP).”

Forests are the lifeline and cultural heritage of at least 100 million indigenous peoples in Asia. Criminalization of sustainable practices, eviction and threats of eviction from forestlands to give way to, among others, economic land concessions, national parks, tiger reserves, and other extractive industry projects continue among indigenous communities. In Thailand, indigenous Karen people were evicted from Kaeng Krachan National Park in 2011. In Central India, more than 200 Gond tribals in Madhya Pradesh State are facing serious threat of forced evictions from their lands for expansion of Panna Tiger Reserve. In India, there are attempts to dilute the landmark legislations and acts, especially on the need to get consent from Gram Sabha for use of forestlands. Despite the decisions of the Supreme Court and Union Ministry of Environment, Forest and Climate Change in favor of indigenous peoples, the Odisha state government is attempting to again facilitate the entry of bauxite mining in the sacred Niyamgiri Hills of Dongaria Kondh, Kutia Kandha and other tribal communities, which undermines the earlier decision of 12 Gram Sabhas opposing the entry of the said mining project.

Indigenous leaders and activists who are defending and protecting their lands and forests are being threatened, harassed and killed. In the Philippines, a pregnant member of the Blaan community in South Cotabato was killed along with her two sons, for her opposition to a large-scale mining project in 2002. Since 2010, around 56 indigenous Lumad leaders and environmental activists fighting against large-scale mining projects have been murdered in Mindanao alone. In Thailand, indigenous human rights defender, Mr. Pholchi Rachongcharoen, who had been actively fighting for the rights of 500 indigenous Karen villagers residing in Kaeng Krachan National Park, went missing on 17 April 2014 and his whereabouts are still unknown to this day. “This madness of grave human rights violations of indigenous peoples shall be stopped right away. The governments should take actions against perpetrators and respect and implement all provisions enshrined in the UNDRIP and UN Declaration on Human Rights Defenders (UNDHRD),” Ms. Carling said.

This global problem requires global action. The Land Rights Now campaign, with over 300 participants, organisations and communities, seek to secure the rights to build a just and equitable world while protecting our forest and water resources. Take action on International Forests Day by signing on the Land Rights Now campaign here: http://www.landrightsnow.org/en/home/