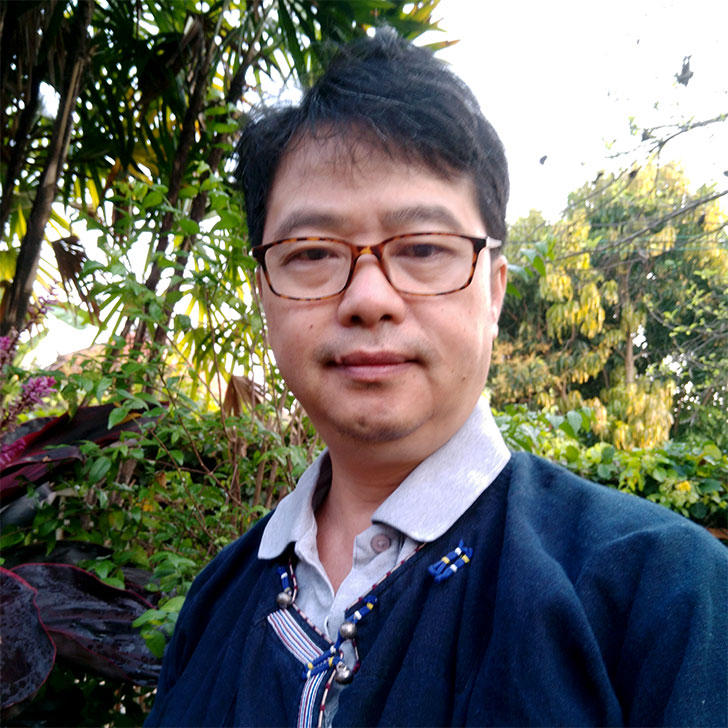 Mr. Kittisak Rattanakrajangsri belongs to Iu Mien ethnic group from the northern part of Thailand.  He is the current Chairperson of the Council of Indigenous Peoples in Thailand (CIPT) and Executive Director of the Indigenous Peoples Foundation for Education and Environment (IPF). He has long-experience working with indigenous peoples in Thailand and other countries on different issues, such as land and natural resources management, climate change and human rights. He graduated from Chiang Mai University with a master degree on Sustainable Land Use and Natural Resource Management. 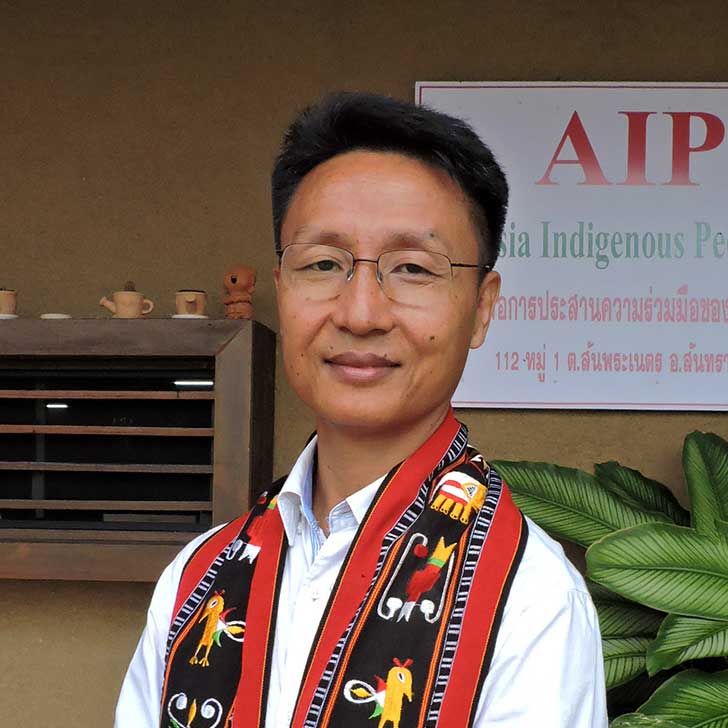 Mr. Gam A. Shimray is a Naga human rights activist for almost 30 years. He has held important positions and was part of several civil and democratic rights initiatives in Asia. He has dedicated his time in advancing Indigenous Peoples’ rights and democracy in Asia. He also has advanced knowledge and experience of working with the grassroots on the issues of biodiversity, Indigenous Knowledge, self-determination and peace building. In addition, he has authored publications on human rights, environment, and ethnic issues. 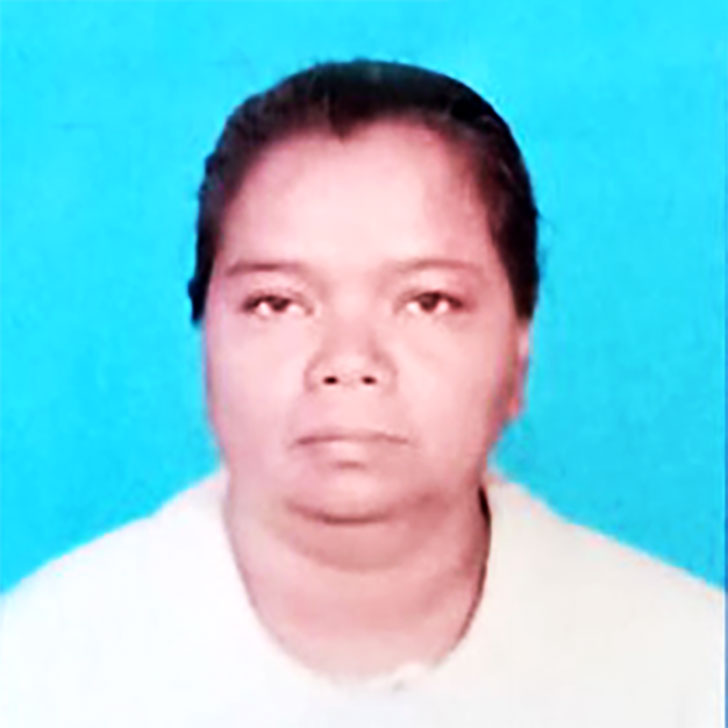 Ms. Mamta  Kujur is a founder member of Adivsi Mahila Maha Sangh(AMMS), through which she is trying to unit and aware the tribal  women for their rights, soon after graduation Mamta realized the important of women’s development in the tribal societies, In 2003 she thought of working in an institutional way to impact the larger tribal communities and founded the Jashpur Jan Vikas Sanstha through the support of few women leaders of the district Jashpur, Chhattisgarh, as time passed  she was able to mobilize the women for their rights. Child trafficking, domestic violence, discriminations were some of the major issues in the beginning of her activism,  she was very much successful to fight against women and child trafficking in the district through the support of District, State and national level  administrations. She was also awarded for this achievement with “Kohinoor Samman’: , presently she is advisory member of district development planning commission and also the Chairperson( women Wing) of Sarv Adivasi Samaj Chhattisgarh which is strongly advocating for the rights of Tribal Communities in Chhattisgarh, India. 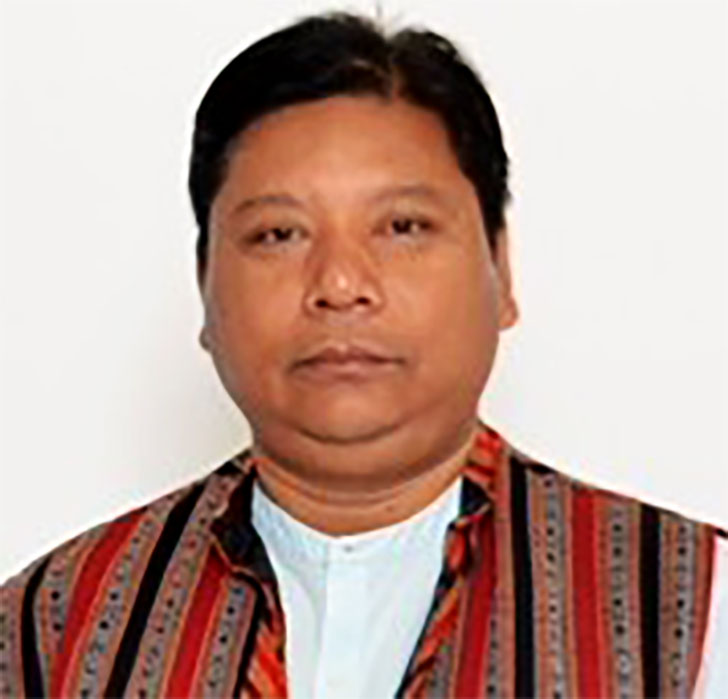 Mr. Pankaj Teron belongs to Karbi tribe of the Northeastern part of India. He was part of the Karbi identity assertion movement which started from the mid of the Eighties of the last century and well acquainted about its growth and challenges. He was actively involved in student’s movement since 1993. Later became the General Secretary of the Karbi Students Association from 2003 till 2005. He is one of the founding member of Karbi Human Rights Watch (KHRW) which was formed in 2005. Since then, actively taking the Karbi issues at various levels and similarly creating awareness about Rights by organizing trainings, Workshops, Seminars, not only in Karbi Anglong but in other areas of the region as well. Pankaj Teron is also a Member of District Scheduled Tribe Atrocities Vigilance Cell and also District Member of DISHA committee (a committee which monitor the central schemes in the district), both are government committees. Pankaj Teron has completed his Masters in History from Assam University. Till day he is actively associated with Karbi Human Rights Watch (KHRW). 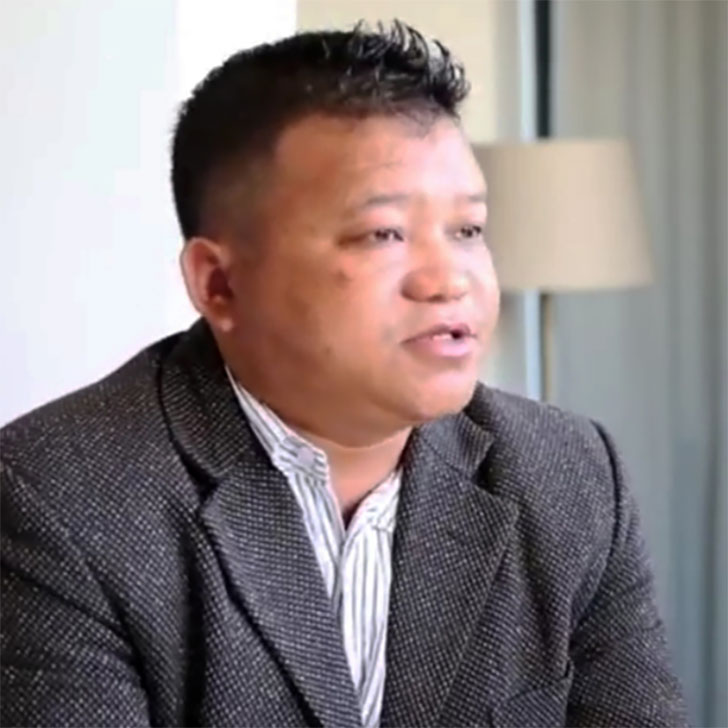 Mr. Jagat Bahadur BARAM is a young enthusiastic Indigenous activist and social entrepreneur from the BARAM Indigenous Community of Nepal. He has completed his Masters Degree in Planning and Management from Trivubhaban University of Nepal. He has been engaged in Indigenous Peoples’ movement for more than two decades. He was arrested by security forces many more times and seriously injured in IPs movement in Nepal organizing by NEFIN. He started this activism engaging with Nepal Baram Association as a chairperson of village committee of the Association. He was elected as a secretary of the central committee of Nepal Baram Association in 2004. He continued working with Nepal Baram Association as a General Secretary from 2006 to 2010. He represented from Nepal Baram Association in Nepal Federation of Indigenous Nationalities (NEFIN) as a federal council member from 2010 to 2013. He was elected as the treasurer for NEFIN in 2013 upto 2016. Then, in 2017 to date He is severing as a chairperson of NEFIN. Currently He is a Co-chair of DGM (Dedicated Grand Mechanism) National Steering Committee of Nepal. 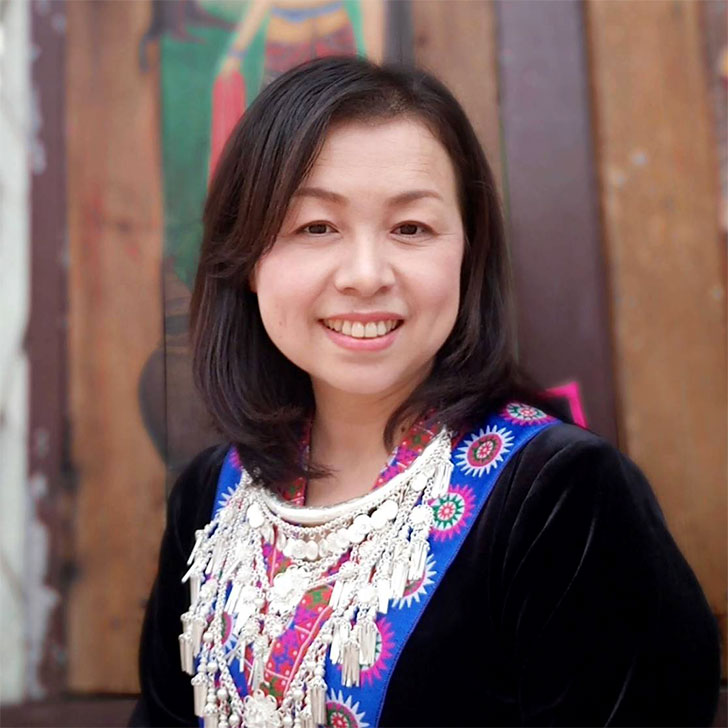 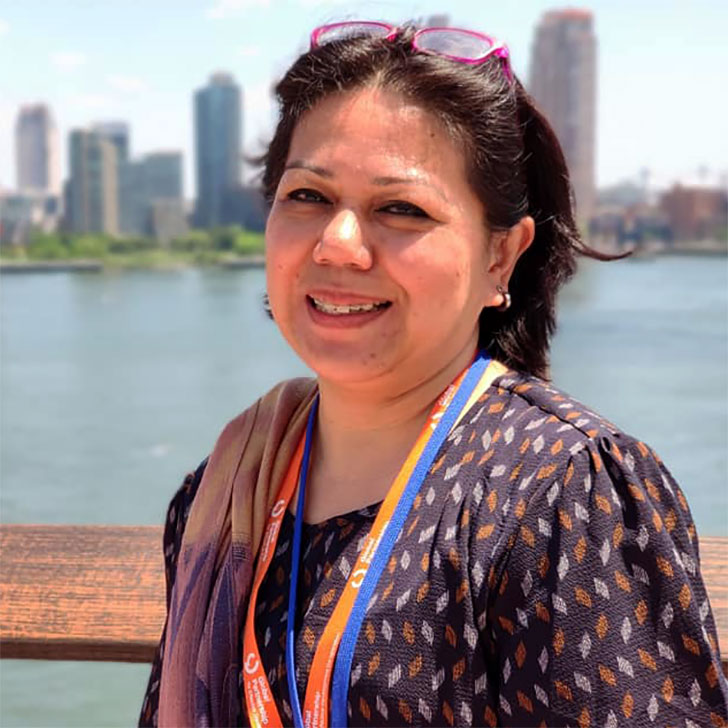 Ms. Beverly L. Longid is an Igorot (Indigenous Peoples of the Cordillera) belonging to the Bontok-Kankanaey people of Alab, Bontok and Sagada, Mtn. Province, Philippines. She is a former student leader and a former Chair of the Cordillera Peoples Alliance (CPA), Philippines. She is a human rights activist and one of the founders of Cordillera Human Rights Alliance and had also served as the Executive Director of Dinteg (Cordillera Indigenous Peoples Legal Resource Center). Currently, she is a member of the CPA Advisory Council and sits in such a capacity in its Regional Council. She also serves as the International Solidarity officer of Katribu or the National Alliance of Indigenous Peoples Organizations in the Philippines, and the global coordinator of the International Indigenous Peoples Movement for Self-Determination and Liberation (IPMSDL), among others. She holds a degree in Psychology and English Literature, and Law. 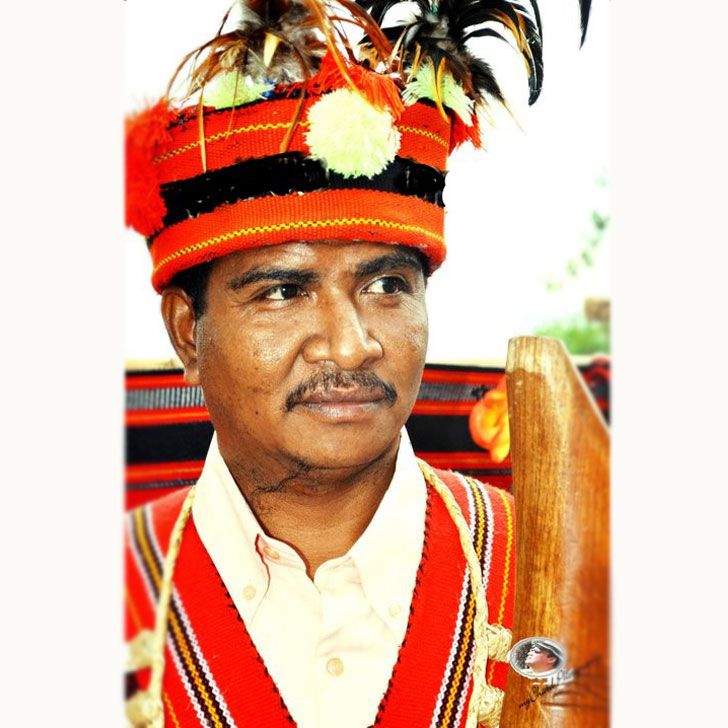 Mr. Ergilio Ferreira Vicente belongs to the Tetum Teric tribe from Covalima, Timor-Leste which is situated on the border with West Timor, Indonesia. He is a former leader of East Timor Student Solidarity Council (ETSSC) during the time that Timor-Leste struggled for its independence, and founder of Centro Juventude Covalima (Covalima Youth Centre) in 2000.  He is a former EC for the period 2009-2013 and currently sits as board member of CJC. He is actively engaged in youth issues, Community Based Disaster Management, Food Security and Conservation Agriculture that align with traditional farming practices. Ergilio holds a BSc degree in Animal Science and master’s degree in Community Development and Development Management. 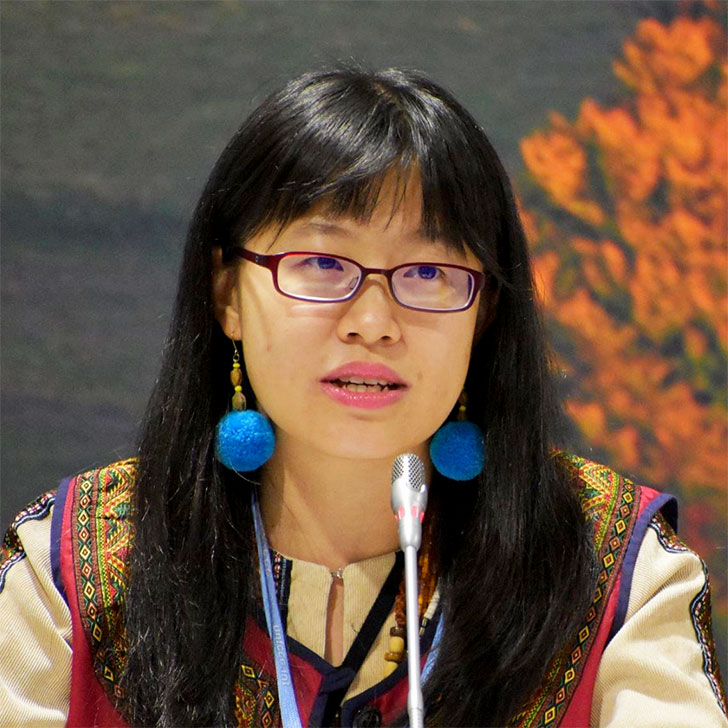 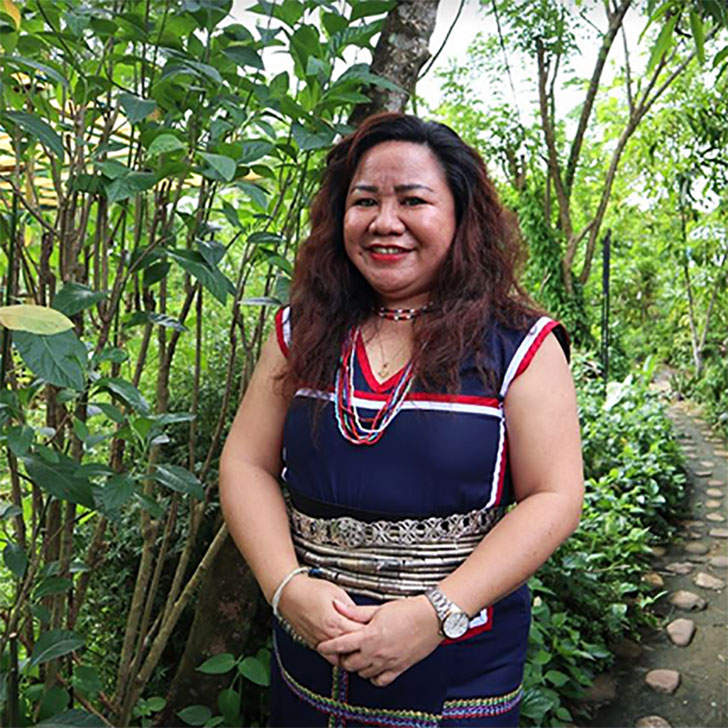 Ms. Maslah Rompado is a member of the Dusun Tinagas community in Ranau, Sabah, Malaysia. She has degree in Biomedical Engineering from University Malaya and Master in Business Administration from University Malaysia Sabah, Malaysia.  She founded her community’s organisation (MAWASI) in 2014 which has been defending their customary lands against land grabbers.  Currently she held a position as JOAS (Network of Indigenous People in Malaysia) Assistant Secretary General. 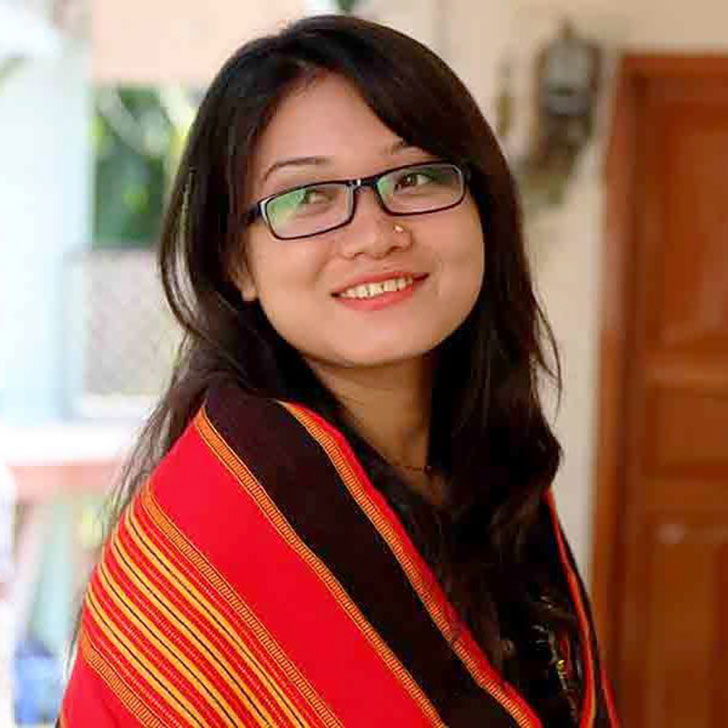 Ms. Chandra Tripura is a young enthusiastic human rights activist and social entrepreneur from the Tripura Indigenous Community of Chittagong Hill Tracts (CHT), Bangladesh. She has completed her Master in Sociology and Social Policy from Dhaka University. Ms. Tripura is a professional dancer and choreographer. She is one of the co-founders of Bangladesh Indigenous Cultural Forum, and a pioneer in defending Indigenous Peoples’ rights through dance performance in her country. Ms. Tripura is the former Vice-President of Hill Women’s Federation, a women rights organization in CHT. Since 2016, she is actively engaged with CHT Headman Network (a capacity building and leadership development organization of customary leaders in CHT) and its women and youth wings. In 2017, she established Hill Resource Centre, a social enterprise to contribute towards promotion of indigenous culture and community development in the CHT. Currently, she is a member of Bangladesh Indigenous Peoples Forum (BIPF) and Bangladesh Indigenous Youth Forum (BIYF), and representing Bangladesh youth to the Asia Indigenous Youth Platform as country focal.